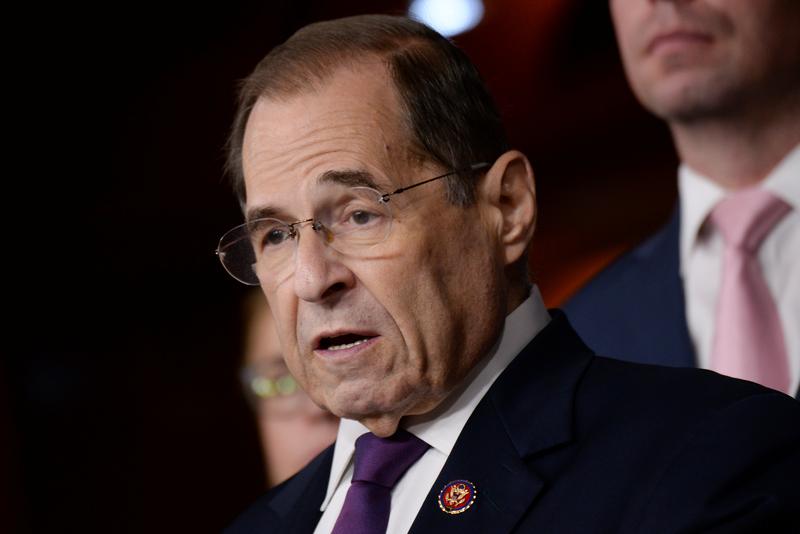 Democrats say they need the material to help them decide whether to begin impeachment proceedings against President Donald Trump for alleged misconduct, including possible obstruction of justice.

Mueller’s 22-month investigation found that Trump acted repeatedly to impede the Russia investigation. In one episode, the report said the president pressed former White House Counsel Don McGahn to have the special counsel removed and then to deny that he had been instructed to do so. The committee is expected to file a lawsuit early this week to compel McGahn to testify.

Mueller chose to reach no decision on whether Trump violated the law, due to a Justice Department policy that forbids the indictment of sitting presidents.

Trump, who has repeatedly denounced the Mueller investigation as a “witch hunt,” denies any wrongdoing.

But what exactly do lawmakers want to see from Mueller’s grand jury files?

* Any underlying grand jury transcripts or exhibits to which redacted portions of the Mueller report refer.

* Transcripts of testimony and exhibits relating to any knowledge Trump had of Russian interference in the election and contacts between his campaign and Russia.

The Mueller report details about 170 contacts between individuals tied to the Russian government and either Trump campaign associates or his former personal lawyer Michael Cohen, according to the petition. The document also says that Trump may have had advance knowledge that WikiLeaks would release hacked emails damaging to his Democratic rival Hillary Clinton.

* Transcripts of testimony and exhibits that describe any knowledge Trump had of potential criminal acts committed by himself, officials and associates of his campaign and administration, and personal associates.

The petition points to “multiple acts” by Trump that involved others and could have exerted undue influence over law enforcement investigations, including the attempted removal of Mueller, efforts to get former Attorney General Jeff Sessions to direct the Russia probe away from the 2016 campaign and alleged attempts to discourage witnesses from cooperating with Mueller.

* Underlying evidence and exhibits involving any knowledge Trump had of McGahn’s actions during the campaign, the post-election transition period and over the course of his tenure at the White House.

The petition says McGahn was on hand during several events of interest described in the Mueller report that could yield evidence of obstruction: the firing of former national security adviser Michael Flynn; the firing of former FBI Director James Comey; Sessions’ recusal from the Russia probe; the appointment of Mueller as special counsel; and Trump’s later efforts to have Mueller removed.

* Any underlying grand jury materials that would directly shed light on the president’s state of mind at the time of relevant events and actions taken by McGahn.