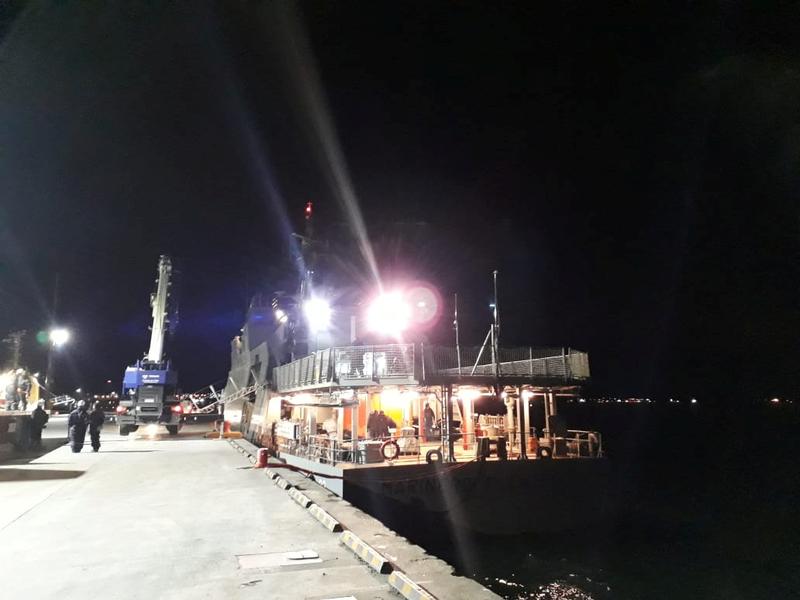 The Chilean navy ship named “Marinero Fuentealba” prepares to leave to contain an oil spill at the Guarello Island dock, about 250km from Puerto Natales city in the region of Magallanes, Chile July 27, 2019. Chilean Navy/Handout via REUTERS

SANTIAGO (Reuters) – Chile is investigating a 40,000-liter diesel oil spill on an island on the far southern coast of Chilean Patagonia, the navy said on Saturday.

Mining company CAP reported on Saturday that the spill occurred at its onshore terminal on Guarello Island, about 150 miles north of the town in Puerto Natales, and moved into the waters of the South Pacific, the navy said.

Chile has initiated an emergency response and a pollution response and control team is expected to reach the island on Sunday. The cause of the spill is under investigation, the navy said.

CAP, which mines limestone on the island, did not immediately respond to a request for comment.