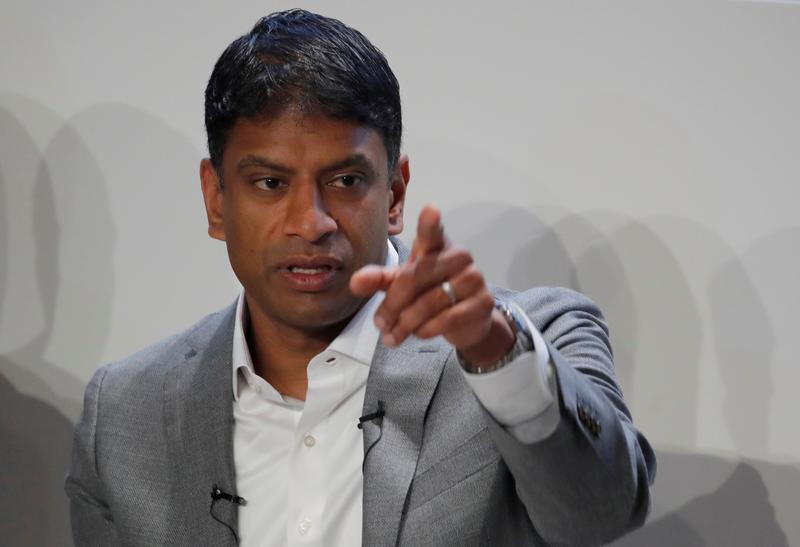 ZURICH (Reuters) – Novartis (NOVN.S) Chief Executive Vas Narasimhan pledged in an interview published on Saturday not to sell the Swiss drugmaker’s generics unit Sandoz amid a revamp that has prompted speculation he is preparing to offload the business.

“No, we will not sell Sandoz,” Narasimhan told the Sueddeutsche Zeitung newspaper. “We will make Sandoz autonomous within Novartis, so it’s more competitive. Our plan is to focus Sandoz and make it better in the long-term.”

Novartis is revamping Sandoz, a process Narasimhan has previously said will take roughly the next year and a half. He has already sold a generic U.S. pills business and dermatology assets that were under extreme price pressure, and has suggested other divestitures may be forthcoming.

These changes, along with the departure of Sandoz’s former CEO in March, have prompted some analysts to predict Narasimhan may eventually exit generics.

Sandoz, which last year had nearly $10 billion in sales, upgraded its full-year sales target on July 18, holding out the possibility of low-single-digit percentage sales growth, up from a previous prediction of “broadly in line” with 2018.

In the first half of 2018, Sandoz’s business with biosimilar copies of branded blockbusters in Europe helped offset a U.S. business that remains under price pressure.

Narasimhan also said he planned to keep both Sandoz and Hexal brands in Germany. “There will be no changes here,” he told the newspaper.