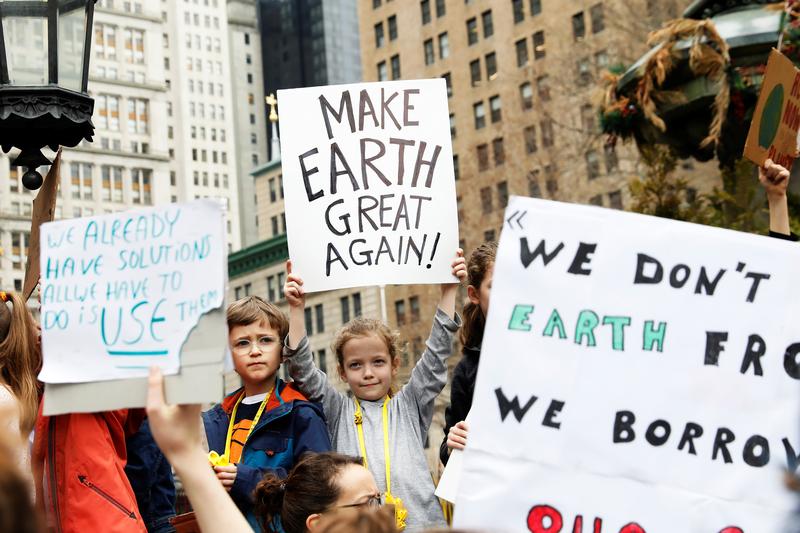 WASHINGTON (Reuters) – U.S. cable networks CNN and MSNBC have invited Democratic presidential candidates to participate in televised town hall events in September focused on climate change after activists and some candidates pressured party officials for months to host a debate dedicated to the issue.

CNN announced on Thursday it will host a “town hall” on climate change on Sept. 4 for candidates who are polling above 2% and have at least 130,000 donors – the threshold for the Democratic National Committee’s September debate criteria. Currently eight out of the two dozen Democratic hopefuls make the cut.

MSNBC also announced on Thursday it will televise on Sept. 19 and 20 “Climate Forum 2020” – a two-day town hall event where all declared 2020 presidential candidates will discuss their solutions to climate change with young voters moderated by two hosts.

During the two June debates, climate change got a total of 15 minutes out of four hours, giving candidates little opportunity to detail their plans to tackle the issue.

Activist group the Sunrise Movement, whose members camped out in front of DNC headquarters for three days during the first Democratic debates to demand an official DNC debate on the issue, claimed “two huge victories” on Thursday and said “our pressure is working” on Twitter.

Their demands had been rebuffed by party Chairman Tom Perez, who said a specialized debate would favor certain candidates and open the floodgates for calls to host other issue-specific events. However, the DNC executive committee will vote on a resolution on Aug. 23 to host an official debate.