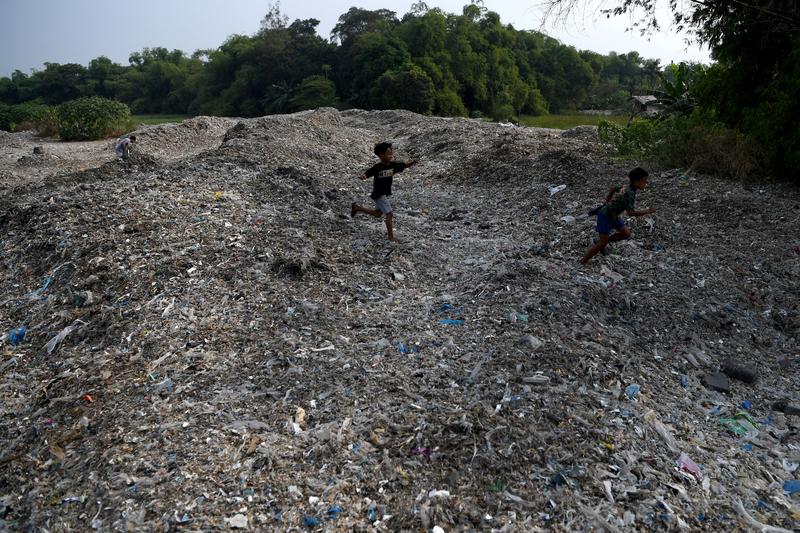 JAKARTA (Reuters) – Indonesia plans tighter rules to combat a surge in imports of plastic waste, such as a registry of trash exporters and tougher border checks, officials said on Friday.

Data from the statistics agency showed imports of plastic waste rose 141% last year to 283,000 tonnes, after a ban by China disrupted the annual global flow of millions of tonnes of waste.

“If not from a registered exporter, we will not issue a permit (for imports),” Nurwan, the director general of foreign trade at the trade ministry, told reporters.

He declined to name the countries but a Greenpeace report in April said most of Indonesia’s waste imports came from Australia, Germany, the Netherlands, the United Kingdom and the United States.

The Southeast Asian nation already has rules aimed at imported plastic scrap, such as recommendations from the environment ministry and proof of surveyor checks.

But customs officers have uncovered imports of scrap mixed with other waste, such as rubber and diapers, and have ordered them shipped back to their home countries.

Customs officers will step up checks on imports, Nurwan added, vowing harsher punishment for violations of the new rules.

Indonesia already struggles to deal with its own waste, which often goes into landfills or seeps into rivers. The country is the second biggest contributor of plastic pollutants in the ocean, a 2015 study in the journal Science showed.

The country will not halt imports of plastic scrap entirely, however, as it is used by the recycling industry, Nurwan said.