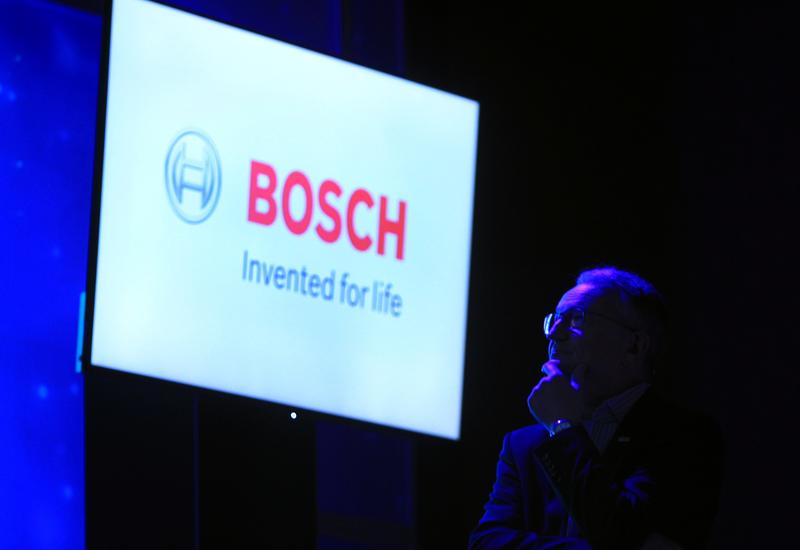 FILE PHOTO: Werner Struth, member of the board of management of Robert Bosch GmbH, watches a video during a Bosch news conference at the 2017 CES in Las Vegas, Nevada, U.S., January 4, 2017. REUTERS/Steve Marcus

FRANKFURT (Reuters) – Auto supplier Robert Bosch has revised its forecast for automotive production on Saturday, expecting a 5% fall this year, bigger than an earlier estimate for a 3% decline, the company’s chief financial officer told Boersen-Zeitung.

As a result Bosch would not be able to achieve an earnings before interest and taxes margin of 7% as it did last year, Stefan Asenkerschbaumer told the newspaper.

The company had forecast a rise in revenue and an EBIT margin of 6% to 7% for this year.

“We will not be able to repeat the high margin from last year given the development in revenues,” Asenkerschbaumer said, adding that he believed automotive production would stagnate over the next three years.

By 2025, Bosch expects to generate 5 billion euros ($5.6 billion) in revenue from electric cars thanks to steady growth in this segment, particularly from China, he said.

Bosch has already supplied components for more than 1 million electric vehicles and expects revenues to grow since it has developed powertrains for 50 vehicle platforms for various manufacturers, the executive told the newspaper.