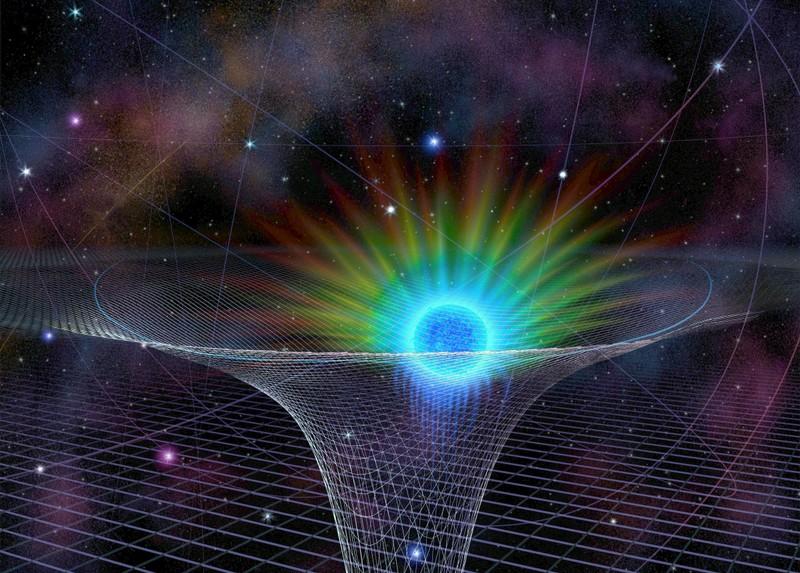 WASHINGTON (Reuters) – Observations of light coming from a star zipping in orbit around the humongous black hole at the center of our galaxy have provided fresh evidence backing Albert Einstein’s 1915 theory of general relativity, astronomers said on Thursday.

Researchers studied a star called S0-2, boasting a mass roughly 10 times larger than the sun, as it travels in an elliptical orbit lasting 16 years around the supermassive black hole called Sagittarius A* residing at the center of the Milky Way 26,000 light years from Earth.

They found that the behavior of the star’s light as it escaped the extreme gravitational pull exerted by the black hole, with 4 million times the sun’s mass, conformed to Einstein’s theory’s predictions. The famed theoretical physicist proposed the theory, considered one of the pillars of science, to explain the laws of gravity and their relation to other natural forces.

While Einstein’s theory held up in the observations of this star, astronomer Andrea Ghez of the University of California, Los Angeles said it may not be able to fully account for what happens in the most exotic possible gravitational environments like those of black holes. These extraordinarily dense celestial entities exert gravitational fields so strong that no matter or light can escape.

The study detected a co-mingling of space and time near the black hole as predicted by Einstein’s theory. Isaac Newton’s 17th century law of universal gravitation could not account for these observations, Ghez said.

At some point a more comprehensive theory of gravity may be required, she said.

The study, relying heavily on data from the Keck Observatory in Hawaii, focused on an effect called gravitational redshift.

Einstein’s theory foresees the wavelength of electromagnetic radiation including light lengthening as it escapes the pull of gravity exerted by a massive celestial body like a black hole.

Photons – particles of light – expend energy to escape but always travel at the speed of light, meaning the energy loss occurs through a change of electromagnetic frequency rather than a slowing of velocity. This causes a shift to the red end of the electromagnetic spectrum, a gravitational redshift.

Reporting by Will Dunham; Editing by Bill Trott