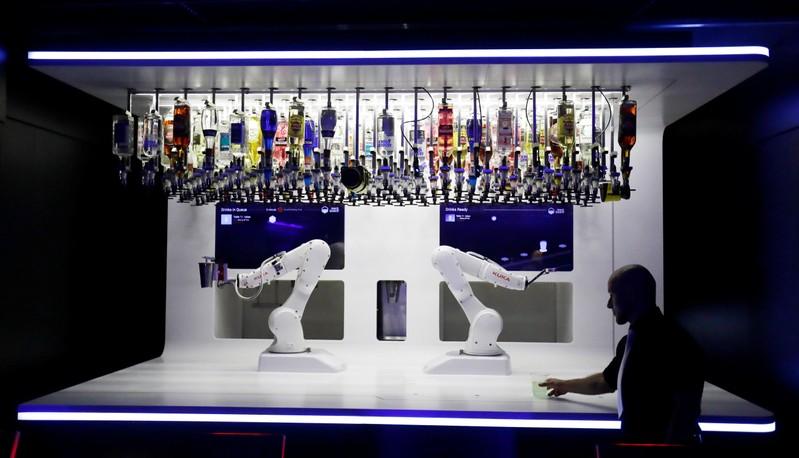 PRAGUE (Reuters) – For revelers at one Prague megaclub, gone are the days of being squashed at the bar waiting to get a watered-down cocktail.

Two years after becoming the first to try a robot DJ, the five-story Karlovy Lazne Music Club has gone a step further with the launch of a robotic bartender to mix up cocktails, after its manager was inspired by seeing one in Las Vegas.

While the electric DJ keeps the music going on the first floor, thirsty clubbers can use touchscreen terminals to order from among 16 mixed drinks.

The bartender – two robotic pincher arms, modeled after those used in car factories – stands on a small stage in a corner of the room, below a mass of liquor bottles, and can churn out 80 drinks an hour.

Waiters carry the drinks to whoever ordered them.

“It is funny to see how it is processed and it tastes really good,” one German clubber said after trying his first drink, a Cuba Libre.

The drink list at the club, just around the corner from the centuries-old Charles Bridge, should grow to around 50.

As quantities served by a robot are programmed, revelers no longer need to worry about being ripped off with a weak drink.