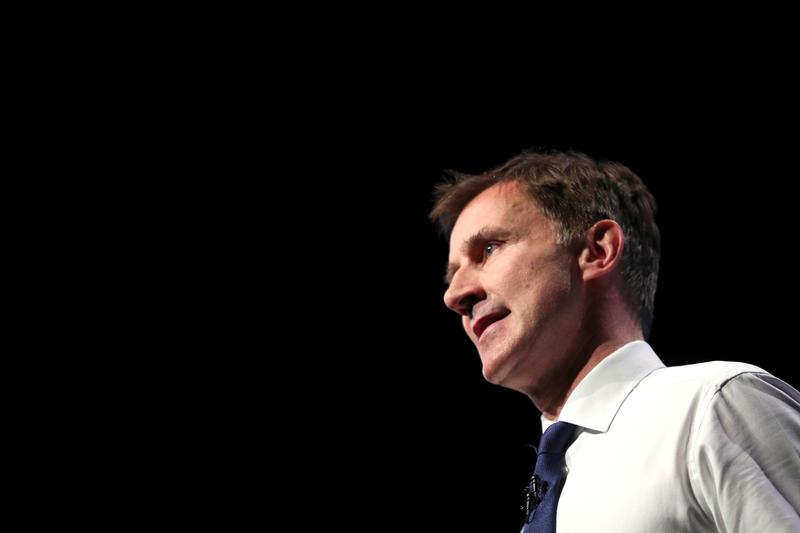 BIRMINGHAM, England (Reuters) – Jeremy Hunt, the underdog in the race to be next British prime minister, said he would take the United Kingdom out of the European Union without a deal on Oct. 31 if the EU had not showed it was willing to renegotiate the Brexit deal.

“If we got to the 31st of October, and the EU have not shown the willingess to negotiate a better deal … then my judgment is that weighing those difficult options up, the political risk of no Brexit is far worse than the economic risk of no deal,” Hunt said at a leadership hustings event in Birmingham, central England.

“I would take us out of the European Union in that situation.”