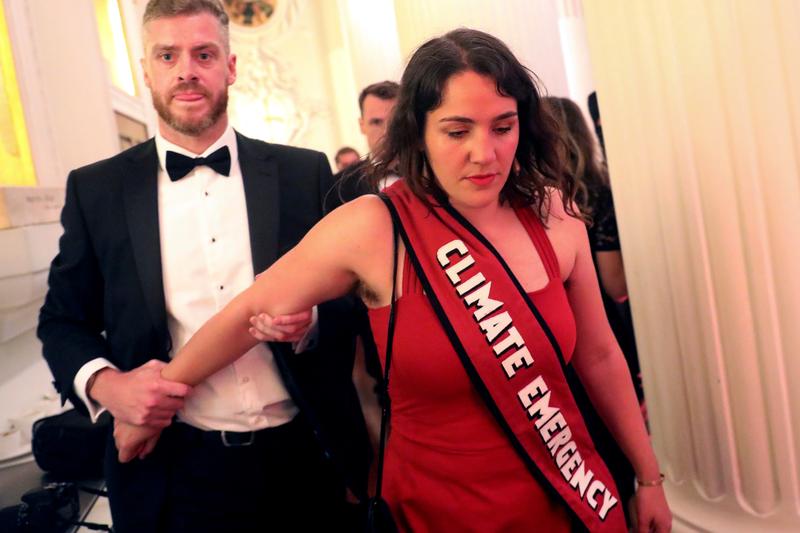 FILE PHOTO: A climate change protester is escorted out after interrupting a speech during the annual Mansion House dinner in London, Britain June 20, 2019. REUTERS/Simon Dawson/File Photo

LONDON (Reuters) – Mark Field has been suspended as a junior foreign minister pending an investigation after he grabbed a female demonstrator by the neck and pushed her when a climate-change protest interrupted a speech by Britain’s finance minister.

Several women on Thursday evening prevented Philip Hammond from speaking for a few minutes by using loudspeakers to shout slogans during an annual banquet in London’s Mansion House building.

“The prime minister has seen the footage and she found it very concerning,” said a spokeswoman for Prime Minister Theresa May on Friday.