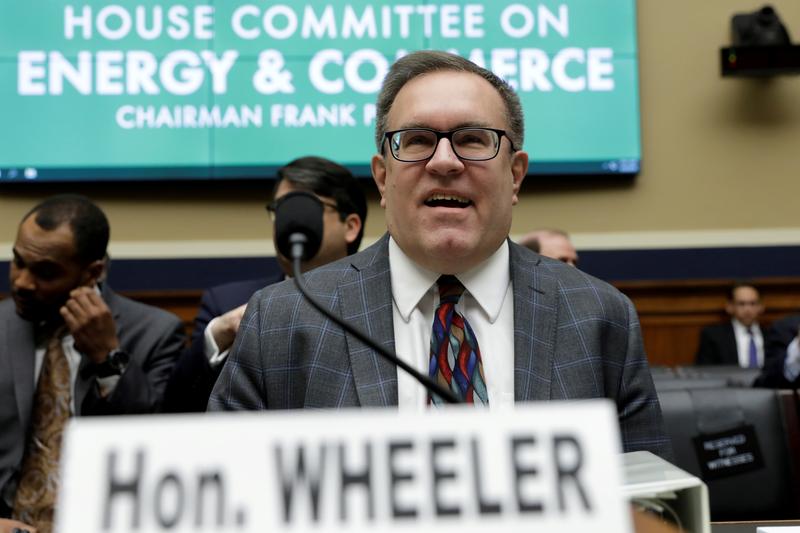 WASHINGTON (Reuters) – Trump administration officials defended their controversial proposal to freeze fuel efficiency requirements at 2020 levels at a congressional hearing on Thursday and said the proposal would be submitted to the White House for final review in the coming weeks.

The administration has rebuffed requests from automakers and some lawmakers to make a last-ditch effort to reach a deal with California to extend national standards after it ended talks in February. The administration plans in the coming months to finalize a dramatic rewrite of fuel efficiency standards through 2026 that would also strip California, the most populous U.S. state, which wants stricter rules to fight climate change, of the right to set its own, tougher emissions rules.

The final regulation potentially faces a multi-year legal battle that could leave automakers in limbo about future emissions and fuel efficiency requirements and ultimately decrease the number of U.S. electric vehicles offered by automakers.

At a joint five-hour hearing of two House of Representatives Energy and Commerce subcommittees, Democrats cast the administration plan as a blow against efforts to combat climate change and a boon for oil companies. Republicans said it would reduce vehicle prices and rein in California.

The Trump administration plan aims to roll back emission standards set by former Democratic President Barack Obama. The Obama administration had made a dramatic jump in fuel efficiency requirements a key part of its climate agenda, and said it would save motorists $1.7 trillion in fuel costs over the life of the vehicles, but cost the auto industry about $200 billion over 13 years.

Earlier this month, 17 major automakers including General Motors Co, Volkswagen AG and Toyota Motor Corp urged the White House to resume talks with California to avoid a lengthy legal battle. Automakers warn that the lack of a deal could lead to “an extended period of litigation and instability.”

The carmakers urged a compromise “midway” between the Obama-era standards that require annual decreases of about 5% in emissions and the Trump administration’s proposal. Reuters reported in April that officials expected the final rule would include a small increase in the yearly fuel efficiency requirements.

Representative Debbie Dingell, a Michigan Democrat whose district is home to many auto plants, implored officials to return to the bargaining table with California. “I am really not interested in a pissing contest between California and this administration,” she said at the hearing.

Deputy National Highway Traffic Safety Administration chief Heidi King was skeptical of Dingell’s idea. “I don’t know whether that would achieve the goal,” she told Dingell.

EPA Assistant Administrator Bill Wehrum said the agency was moving forward to finalize the rules “as soon as possible” after it had engaged in talks with California for about a year.

Trump administration officials argued its plan — which it says will eventually boost U.S. oil consumption by 500,000 barrels of oil daily — will save lives because it will reduce the forecasted cost of new vehicles and prod more people to sell older, less safe models. Environmentalists and others disagree.

“So, naturally, the Trump administration is trying to gut those standards as part of its reckless anti-climate agenda,” he said.

Transportation accounts for 30% of U.S. greenhouse emissions, with light cars and trucks accounting for 60% of that figure.

Republicans cast the issue as a divide between rural areas that use more trucks and urban areas where people are more likely to buy electric vehicles.

“We like big things. We like big trucks. We like big engines,” said Representative John Shimkus, an Illinois Republican whose district covers a heavily rural swath of the eastern part of the state.

The Obama-era rules called for a fleetwide fuel efficiency average of 46.7 miles per gallon by 2026, compared with 37 mpg under the Trump administration’s preferred option.

“We have been open to accommodations that would adjust compliance timing and flexibility, that would create new paths to promote innovative technologies and zero emission vehicles, and that would benefit the public,” she said.

Environmental Protection Agency Administrator Andrew Wheeler said in a letter to lawmakers on Thursday that California did not negotiate in good faith and said Nichols’s written testimony was “false” — a claim she strongly denied.