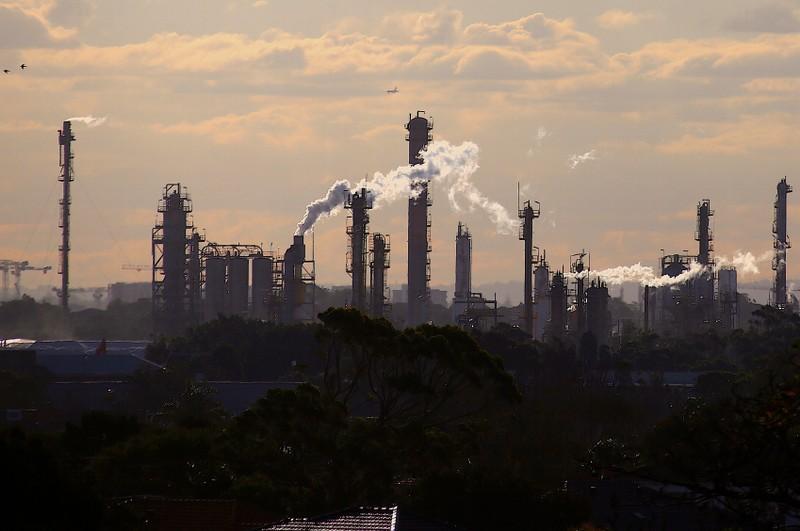 (Reuters) – The Trump administration on Friday released guidance for how federal agencies should weigh climate change impacts before approving major energy and infrastructure projects, easing criteria that the Obama White House had required to allow for faster permitting.

FILE PHOTO: Birds and a plane are seen flying above emission from the chimneys of a chemical plant located near Port Botany in Sydney, Australia June 2, 2017. REUTERS/David Gray

Council Chairman Mary Neumayr said in a statement that the new draft will help agencies conduct faster and more efficient environmental reviews of energy and other projects required under the bedrock NEPA law, a priority of the Trump administration.

“CEQ’s draft guidance is intended to assist agencies in meeting their obligations under NEPA and to improve the timeliness of permitting decisions for projects to modernize our nation’s infrastructure,” she said.

The guidance says that agencies should attempt to quantify a proposed project’s direct emissions when the amount is “substantial enough to warrant quantification.”

It also said agencies do not need to “give greater consideration to potential effects from GHG emissions” than they would to other effects on the environment.

The Obama administration in its 2016 NEPA climate guidance sought to clarify and harmonize for the first time how federal agencies should factor potential greenhouse gas emissions from federal projects such as pipelines or roads, and require them to consider alternatives or propose measures to mitigate the climate impacts of a project.

At the time, industry groups and Republican lawmakers opposed the move, saying it would end up blocking any major energy or infrastructure project from being built.

Since Trump withdrew the Obama-era climate guidance in 2017, courts ruled against federal agencies in a dozen court cases when they did not adequately consider a project’s climate change impact.

“Time and time again, courts are ordering agencies to consider the impacts of climate change in their environmental reviews,” said Christy Goldfuss, former CEQ chair during the Obama administration. “With record-breaking storms and the recent devastating floods in the Midwest, climate impacts are looming large – the Federal government ignores them at their own peril.”