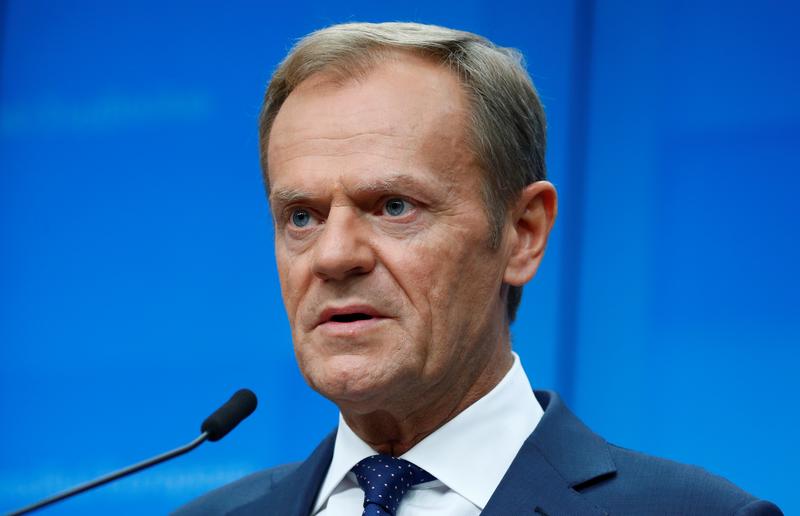 BRUSSELS (Reuters) – A new British prime minister may spice up Brexit, but will not change the European Union’s stance towards Britain’s exit from the bloc, the chair of EU summits Donald Tusk said on Friday.

Fervent Brexit campaigner Boris Johnson or foreign minister Jeremy Hunt will take over from Prime Minister Theresa May in late July, with the flamboyant Johnson the odds-on-favourite to win.

“Maybe the process of Brexit will be even more exciting than before because of some personnel decisions in London but nothing has changed in our position,” European Council President Donald Tusk told reporters after a two-day summit in Brussels.

French President Emmanuel Macron said May had never blocked the European Union and hoped that her successor would show the same decency and same seriousness.

Brexit did not for once dominate the meeting of EU leaders largely focussed on sorting out the top jobs at EU institutions, but the leaders did hold a short exchange on the topic.

At the end, Tusk said the 27 remaining EU member countries had agreed that they were looking forward to working with the next British leader and wanted both to avoid a disorderly Brexit and to establish a close partnership with Britain in the future.

They also agreed that the European Union could discuss an existing declaration on future EU-UK relations. However, they would not open for renegotiation the terms of Britain’s exit, set out in a withdrawal agreement already agreed with London.

Tusk and European Commission President Jean-Claude Juncker said there was nothing new to offer to Britain’s new leader.

“There is nothing new because we repeated unanimously there will be no renegotiation of the withdrawal agreement,” Juncker told a joint news conference with Tusk.

Tusk said the European Union merely had to be patient now and wait to see if the new leader came out with fresh proposals.

German Chancellor Angela Merkel agreed that she and fellow leaders had expressed the need for good cooperation with the next British leader, but stressed that the withdrawal agreement was “fully negotiated”.