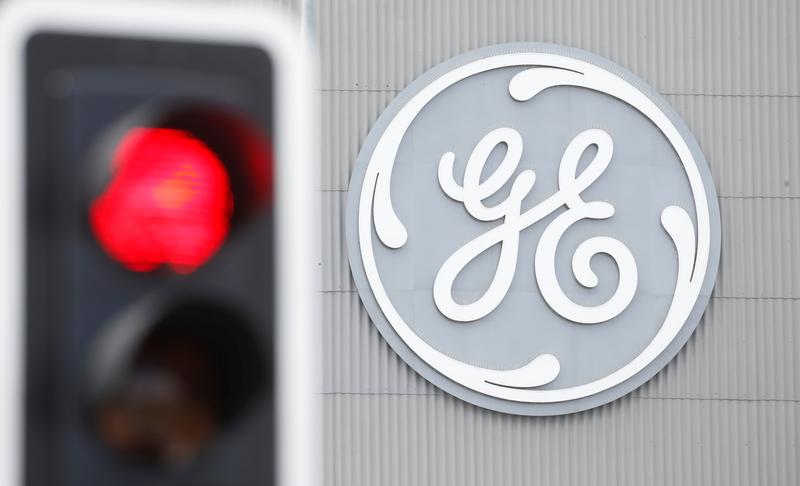 NEW YORK (Reuters) – General Electric Co said on Friday it plans to demolish a large power plant it owns in California after only one-third of its useful life because the plant is no longer economically viable.

FILE PHOTO: A traffic light is seen in front of a logo of General Electric at the company’s plant in Birr, Switzerland June 17, 2019. REUTERS/Arnd Wiegmann

The closure illustrates stiff competition in the deregulated energy market as cheap wind and solar supply more electricity, squeezing out fossil fuels. Some utilities say they have no plans to build more fossil plants.

“We have made the decision to shut down operation of the Inland Empire Power Plant, which has been operating below capacity for several years, effective at the end of 2019,” GE told Reuters. The plant “is powered by a legacy gas turbine technology … and is uneconomical to support further.”

GE declined to comment on whether it would take a charge for shutting the plant.

In a filing with the California Energy Commission on Thursday, GE said the plant is “not designed for the needs of the evolving California market, which requires fast-start capabilities to satisfy peak demand periods.”

GE’s newer HA turbine can power up more quickly than the H to match fluctuating supplies of wind and solar power, GE said. The large market for the H turbine that GE anticipated “did not develop and has resulted in an orphan technology installation at IEEC,” the filing said. It added that GE will no longer support or make replacement parts for the H turbine. Only one other plant uses H turbines, Baglan Bay in Wales.

California approved the Inland Energy Center, located in Riverside County, about 75 miles (120.7 km) east of Los Angeles, in 2003 and the plant opened in 2009. Industry experts estimated it cost nearly $1 billion. Similar combined-cycle gas-power plants run for 30 years before being decommissioned, according to a recent study by S&P Global Market Intelligence.

One of the two Inland Empire turbines was mothballed in 2017, cutting the plant’s output to about 376 megawatts, according to the filing and the California Independent System Operator, which oversees the state’s electricity grid. Closing the plant will eliminate about 23 jobs, the filing said.

GE has been promoting its “H-Class” turbines amid a severe downturn in demand for fossil-fuel power plants.

The two “H” turbines being demolished in California differ from GE’s current HA, which use air cooling, said a former GE engineer familiar with both turbine types.

Still, premature closure of a turbine marketed as “H-Class” is a negative for GE as it struggles to restore profits at its power business, the expert noted. Once the largest GE division, GE Power is set to lose up to $2 billion in cash this year as it grapples with slack demand for fossil-fuel plants.

GE is selling the California site to a company that makes battery storage, increasingly used for wind and solar power.