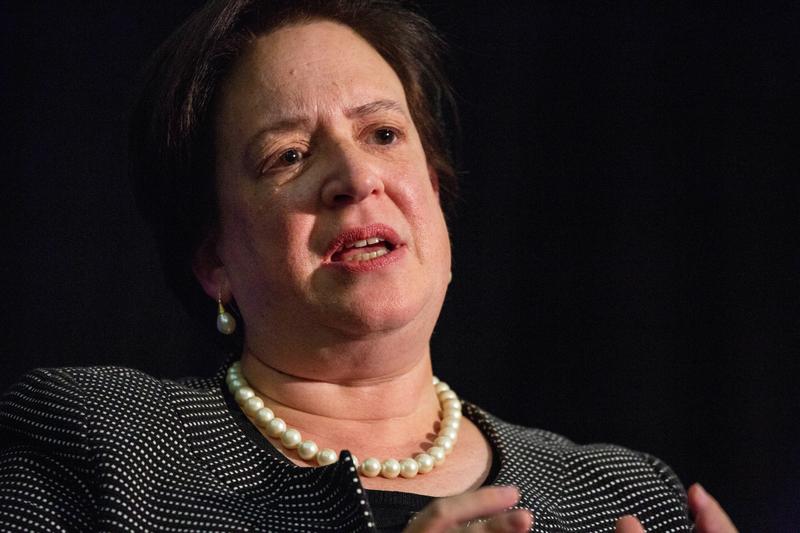 In a 5-4 decision powered by the conservative justices with the liberals in dissent, the court shored up the rights of private property holders in governmental disputes, ruling in favor of a Pennsylvania woman fighting a town ordinance aimed at keeping cemeteries on private land open to the public.

The ruling, written by Chief Justice John Roberts, overruled a 1985 Supreme Court decision that had forced property owners facing a government-led takeover of land for public purposes to seek compensation under state law before bringing a claim in federal court.

The ruling comes amid rising concern among abortion rights advocates and Democratic politicians over whether the court may overrule Roe v. Wade, the landmark 1973 Supreme Court ruling that legalized abortion nationwide. Republican President Donald Trump pledged during the 2016 election campaign to appoint judges hostile to Roe, and has since named two conservative jurists to the bench, Brett Kavanaugh and Neil Gorsuch.

On May 13, the conservative Supreme Court majority ruled 5-4 to overrule a 40-year-old decision allowing private citizens to sue one state in the courts of a different state, prompting liberal Justice Stephen Breyer to issue a sharp dissent.

Breyer said there was no special need to eliminate the precedent and that it was “dangerous” to overrule a prior decision on difficult legal issues merely because five members of the court happen to disagree with it. The May decision, Breyer wrote at the time, “can only cause one to wonder which cases the court will overrule next.”

“Well, that didn’t take long,” liberal Justice Elena Kagan wrote in a dissent on Friday, expanding on Breyer’s prior critique. “Now one may wonder yet again.”

Both Breyer and Kagan said the court should have adhered to court’s longstanding tradition of adhering to prior decisions, a principle known as stare decisis. Supporters of the principle have said it protects the court’s credibility by avoiding politicization, and keeping the law steady and evenhanded.

The criticism indicates a growing divide between the justices on when it is appropriate for the court to overturn its own rulings, as liberal jurists have also voted to do so in the past. A prominent example of reversing a precedent came in the court’s landmark 1954 decision forbidding racial segregation in public schools that overturned an 1896 ruling that the Constitution allowed racially segregated schools that were “separate but equal.”

Breyer and Kagan both voted to overturn a lesser-known decades-old precedent when the court in 2015 legalized gay marriage nationwide.

Conservative Justice Clarence Thomas in particular has advocated for the court to be less bound by precedent. Writing a concurring opinion on Monday in a gun possession case, Thomas said the court should reconsider its standard for reviewing precedents and should not uphold precedents that were “demonstrably erroneous.” Thomas referred in his opinion to the court’s 1992 decision in Planned Parenthood v. Casey, which reaffirmed Roe.

In announcing Friday’s ruling from the bench, Roberts appeared to address Kagan’s dissent when he noted that in other rulings issues this week, the court had declined to overrule precedents.

Reporting by Andrew Chung; Additional reporting by Lawrence Hurley; Editing by Will Dunham