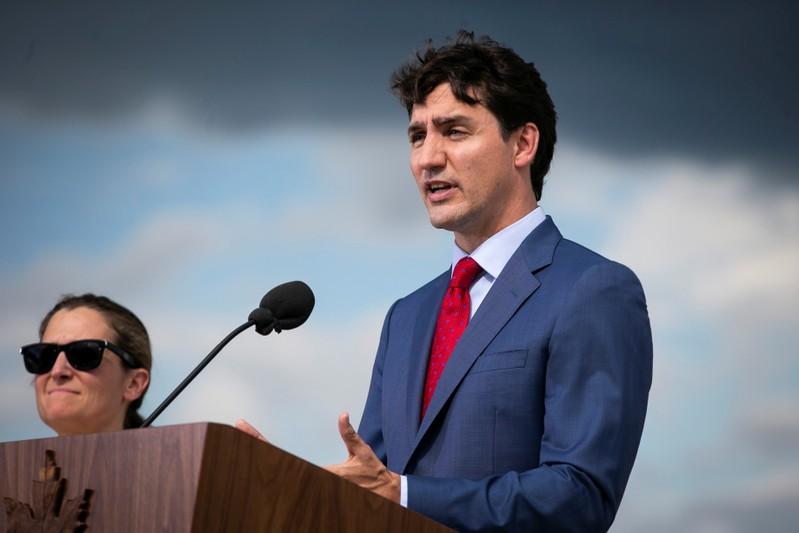 Bill C-69, which will overhaul environmental assessments for major resource and transportation projects like oil pipelines, and Bill C-48, which bans oil tankers from British Columbia’s northern coast, were passed by the Senate on Thursday evening.

That vote followed approval by the House of Commons last week. The two bills are scheduled to formally receive Royal Assent to become law on Friday afternoon.

Prime Minister Justin Trudeau’s Liberal government is facing a national election in October and overhauling environmental assessments and the oil tanker moratorium were key promises in his 2015 election campaign.

His government has been slammed by Canada’s energy sector for pushing ahead with the legislation at a time when the oil industry is struggling with declining capital spending and pipeline constraints that are weighing on crude prices.

Critics including the opposition Conservatives and the government of Canada’s main crude-producing province Alberta say Bill C-69 will deter investment in the industry.

“This is a sad day for Canada. With the passage of Bill C-69, Justin Trudeau finally has his law that will phase out Canada’s oil and gas industry,” said Conservative leader Andrew Scheer, who pledged to repeal the bill if his party wins the October election.

“The government should be commended for remaining committed to strengthening environmental oversight in the face of misinformation and fearmongering from the oil and gas industry and some provincial leaders,” said Tim Gray, executive director of Environmental Defence.

Senate approval for the legislation comes days after the Liberal government gave the green light to the Trans Mountain oil pipeline expansion, which will boost the flow of oil sands crude to British Columbia’s southern coast.

Chris Bloomer, CEO of the Canadian Energy Pipeline Association, welcomed that approval but said the industry is facing broader problems.

“The potential for new major pipeline development in Canada is bleak with the Senate’s passing of Bill C-69. Canada is sending mixed messages that will send critical investment capital elsewhere,” Bloomer said.