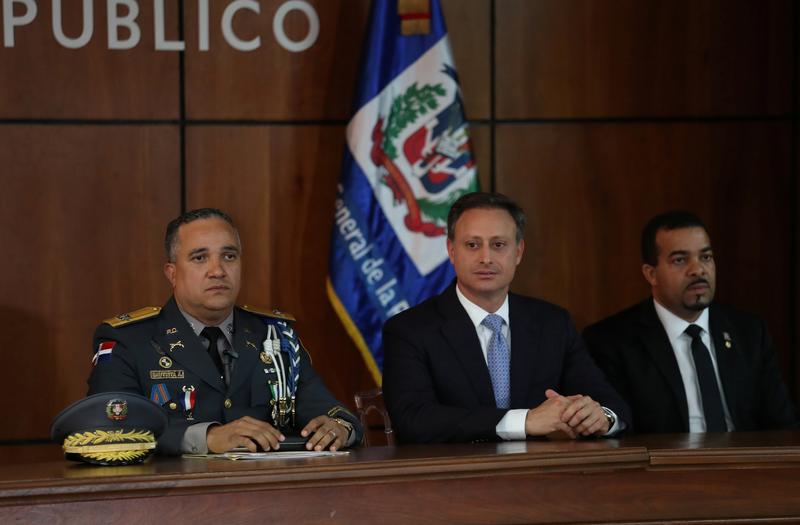 Ortiz was shot during the night of June 9 while seated at an open-air nightclub in the capital of his native country. However, Rodriguez said the attackers had meant to kill another man sitting at the table with the popular baseball star.

“The investigation shows that the object of the criminal attack on David Ortiz was not him,” Rodriguez told a news conference, saying that the intended victim had been a friend of Ortiz, whom he identified as Sixto David Fernandez.

Ortiz, a national hero in the Dominican Republic, has been recovering in a Boston hospital since the attack took place. His friend Jhoel Lopez, a television host, was also wounded in the leg in the shooting.

Fernandez was a frequent visitor to the club and regularly reserved a table there on Sundays, Rodriguez added.

The man suspected of planning the attack was Victor Hugo Gomez, a fugitive from U.S. justice with links to Mexico’s Gulf Cartel drug gang, who believed Fernandez had betrayed him to law enforcement authorities some years ago, Rodriguez said.

Several arrests have been made over the attack, and Rodriguez said during his news conference that four more people linked to the shooting had been taken into custody.

Among them was Ramon Martinez Perez, the man suspected of carrying out the attack, he added.

Widely known as “Big Papi,” the 43-year-old Ortiz is a sporting legend in Boston for his role in three World Series baseball championships.