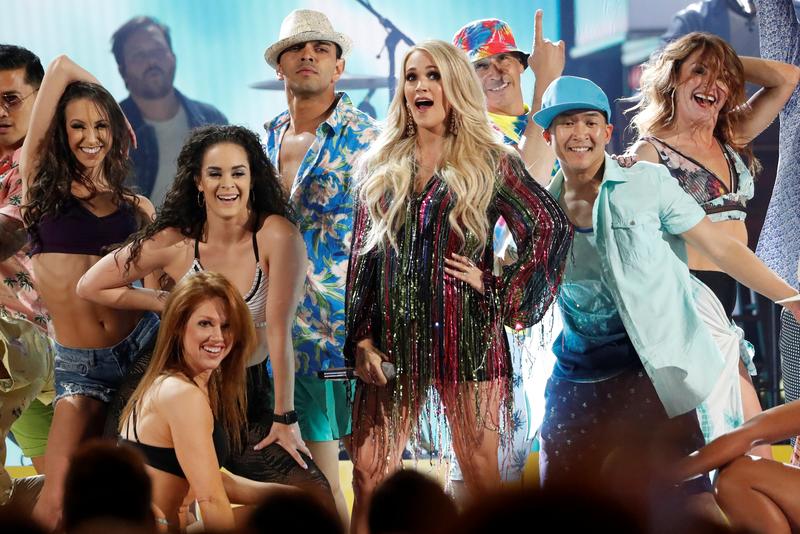 Heidi Merrill, who said she uploaded her “Game On” to Google’s YouTube in March 2017, said her copyright was infringed after Underwood’s producer Mark Bright rejected her August 2017 pitch at a conference in Nashville to use the song for “Sunday Night Football.”

In their complaint, Merrill and her co-writers said Underwood’s “Game On” is “substantially – even strikingly – similar, if not identical” to their song, including in title, tempo, meter, time signature, rhythmic and melodic contours and patterns, note and chord progressions, and hooks.

Bright and music publishing affiliates of Sony Corp and Warner Music Group are among the nine defendants named in the lawsuit, which was filed in Manhattan federal court.

A spokesman for Underwood did not immediately respond to requests for comment. Spokesmen for the NFL and Sony declined to comment. NBC, which is owned by Comcast Corp, and the publisher Warner/Chappell Music had no immediate comment.

Underwood has performed theme songs for “Sunday Night Football” since 2013.

Tim Foster, a lawyer at Sam P. Israel PC representing the plaintiffs, said the lawsuit followed the rejection by several defendants of his clients’ effort to negotiate a resolution.

“Ms. Underwood recorded a song that was substantially similar to the original song submitted through her producer, without giving credit or compensation of any kind to the original songwriters,” Foster said in an interview. “We assume that there will be significant damages.”

Underwood, 36, became famous by winning the fourth season of “American Idol” in 2005. She has since won dozens of country music awards and seven Grammy awards.