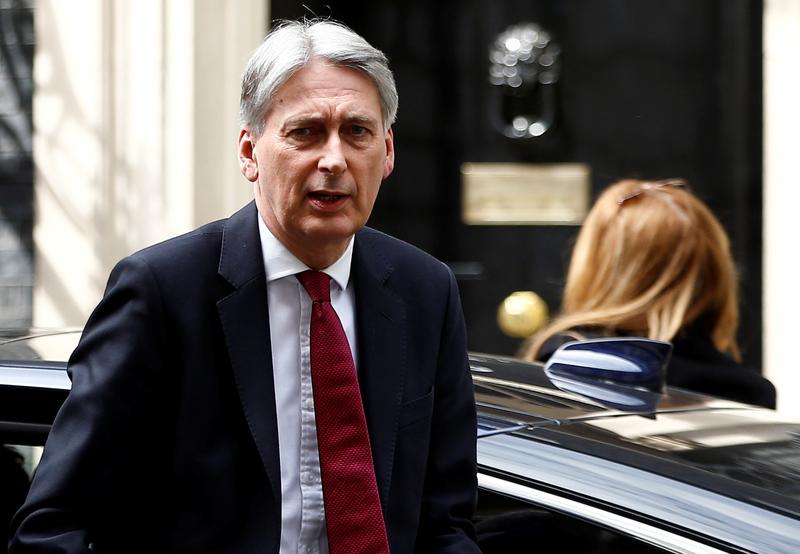 LONDON (Reuters) – Britain’s Chancellor of the Exchequer Philip Hammond warned contenders in the race to become prime minister that a no-deal Brexit could pull the United Kingdom apart and would deprive Britain’s next leader of the money needed to end austerity.

FILE PHOTO: Britain’s Chancellor of the Exchequer Philip Hammond is seen outside Downing Street in London, Britain May 7, 2019. REUTERS/Henry Nicholls

All four remaining candidates in the Conservative Party leadership contest have said they are prepared to take Britain out of the European Union without a transition deal to smooth the economic shock if necessary.

Hammond, who supported staying in the EU before the 2016 referendum, said pursuing a no-deal Brexit was fraught with risk and could lead to the opposition Labour Party, under left-wing leader Jeremy Corbyn, taking power.

“I cannot imagine a Conservative and Unionist-led government, actively pursuing a no-deal Brexit, willing to risk the Union and our economic prosperity,” he said in excerpts of a speech he was due to deliver on Thursday.

“And a general election that could put Jeremy Corbyn in Downing Street, to boot,” he said.

Calls for an independence referendum in Scotland have grown since the Brexit vote, when a majority of Scottish voters backed remaining in the EU.

An opinion poll published this week showed a majority of Conservative Party members – who will make the final decision on Britain’s next prime minister in July – would accept losing Scotland from the United Kingdom as long as Brexit is delivered.

Furthermore, whoever succeeds Theresa May as prime minister will face a continued Brexit impasse in parliament that has led to speculation about an early national election.

In the excerpts of his annual Mansion House speech to leaders of Britain’s finance industry, Hammond suggested that a new referendum or a fresh election might be the only way to break the impasse.

“If the new prime minister cannot end the deadlock in parliament, then he will have to explore other democratic mechanisms to break the impasse,” he said.

Hammond also said emergency interest rate cuts and budget measures to counter the impact of a no-deal Brexit would provide only temporary help for Britain’s economy.

“We cannot allow ourselves to be forced to choose between our democracy and our prosperity,” he said.