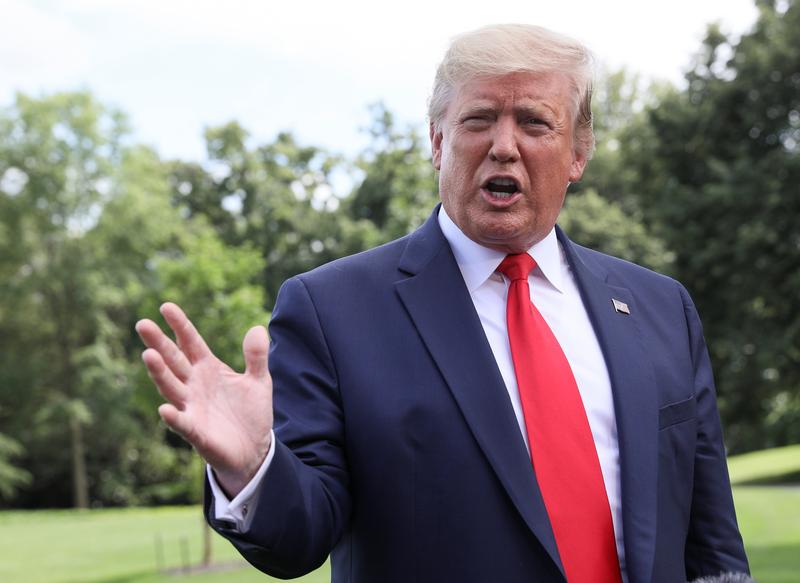 U.S. President Donald Trump talks to reporters as he departs the White House on travel to Orlando, Florida from the White House in Washington, U.S., June 18, 2019. REUTERS/Jonathan Ernst

WASHINGTON (Reuters) – U.S. President Donald Trump said on Tuesday an immigration roundup will start next week, but did not give details about his latest planned action against illegal immigration.

Trump, who was speaking to reporters at the White House before a trip to Florida, wrote in a tweet on Monday that U.S. authorities would next week begin week the process of removing millions of immigrants who are in the United States illegally.