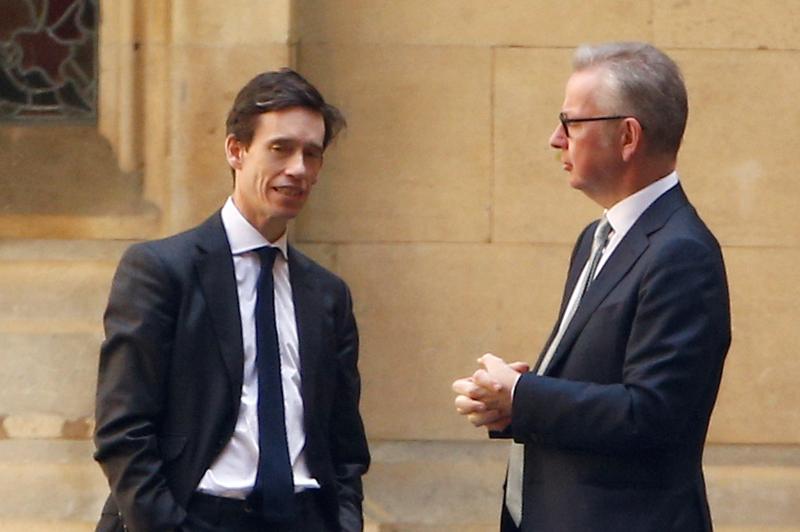 LONDON (Reuters) – Rory Stewart, a contender to succeed British Prime Minister Theresa May, said he is in talks with his rival Michael Gove about teaming up to block Boris Johnson’s bid to become the country’s next leader.

Johnson, the frontrunner and a strong supporter of leaving the European Union, won by far the most votes in the second round of the contest to lead the Conservative Party on Tuesday.

Stewart, the international development minister, had the biggest increase in support from lawmakers in the second round of the contest after a campaign appealing to voters through social media and walking tours.

A spokeswoman for Stewart said he speaks with other candidates “all the time” and accepts that at some point they will need to combine teams.

“But any team that combines, Rory wants to lead it,” the spokeswoman said. “He is the only one with a chance to beat Boris in the final two and to provide the clearest choice.

“Rory’s in this to win, whether on his own or with other people coming behind him, and go all the way to the final two and Number 10.”

Five candidates remain in the race to succeed May. One will be eliminated later on Wednesday. The final result is expected in July.