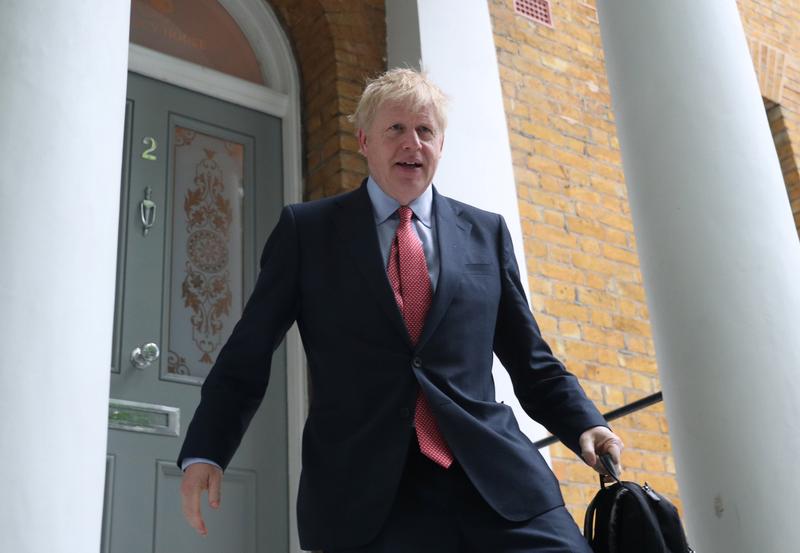 LONDON (Reuters) – Brexit campaigner Boris Johnson cemented his position as the favourite to be Britain’s next prime minister on Wednesday after he increased his support in the third round of the Conservative Party leadership contest.

Johnson got 143 out of 313 votes, with Foreign Secretary Jeremy Hunt in second place with 54 votes and environment minister Michael Gove third with 51. Interior minister Sajid Javid was fourth with 38 votes.

International development minister Rory Stewart managed only 27 votes and was eliminated from the contest. For a graphic of the result click tmsnrt.rs/2Insb9A

The remaining candidates will face two further votes on Thursday to whittle down the contest to the final two. Then Conservative Party grassroots members will decide who will become leader, and Britain’s next prime minister, by the end of July.

His lead makes Johnson, whose career has been marked by gaffes and scandals, the all but inevitable choice to replace Prime Minister Theresa May and take on Britain’s so far ill-fated negotiations to leave the European Union.

The former foreign minister and London mayor has vowed to take Britain out of the EU by Oct. 31 no matter what, raising the prospect of a disorderly, or so-called no-deal Brexit, which businesses say could harm the economy and investment.

Almost three years since Britain voted to leave the EU, the country, parliament and both main parties are deeply divided over how, when and even whether Brexit should happen.

With a simple message similar to the soundbites he used in the 2016 referendum campaign, Johnson, who unlike other politicians is better known by his first name, has managed to persuade much of his party that only he can rescue it from electoral disaster by delivering Brexit.

He won the support of one of earlier candidates, pro-Brexit lawmaker and former Brexit minister Dominic Raab, who said Johnson would take Britain out of the EU by the end of October.

“The only candidate who will now do this is Boris Johnson and so I’ll be supporting him to become our next Prime Minister,” he told the Evening Standard newspaper.