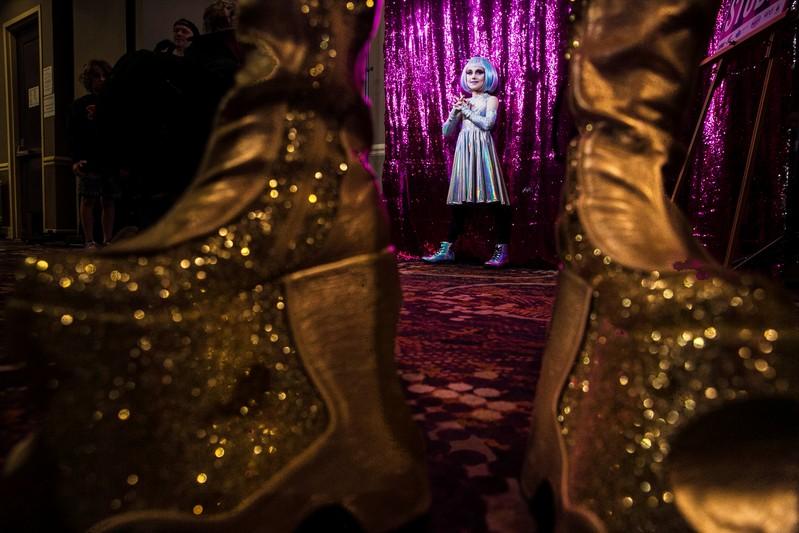 (Reuters) – When a third-grade teacher from Texas asked her mostly 8-year-old students what they wanted to be when they grow up, one of them wrote on the white board: “drag queen.”

That response came from Keegan, now 9, a “gender creative” kid, in his mother’s words, illustrating just one of the challenges facing educators as they accommodate the range of gender identities that students might express.

Reuters has agreed not to fully identify the family and school at their request to protect them from potential harassment.

Educators who for centuries have divided students into boys and girls are now figuring out better ways to address students who are nonbinary, gender fluid and gender nonconforming, in addition to transgender kids, whose gender identity differs from the one they were assigned at birth.

By one survey nearly 3 percent of youth in Minnesota fall under these categories, identifying with neither gender, or both, or trans, or just defying a traditional male/female binary option.

Some school districts in the United States are using more gender-neutral language, addressing students by their preferred pronouns, which can be “they,” “them,” “theirs” for an individual, or the invented “zie,” “zir,” “zirs,” which are used as a substitute. Some schools also allow students to easily change their preferred name or gender identity.

The degree of acceptance for such students can literally be a matter of life and death, experts say.

A national survey of 34,000 LGBTQ youth aged 13 to 24 released last week found 39 percent seriously considered suicide in the past 12 months, as did more than half of transgender and nonbinary youth, according to the Trevor Project, a pro-LGBTQ group focused on suicide prevention.

Another study, published in the Journal of Adolescent Health in 2018 and based on a cohort study of 129 trans and gender nonconforming youth aged 15 to 21, found that suicide attempts plummet 65 percent and depression symptoms fall 71 percent if they are allowed to use their chosen name at school, home, and work, and with friends.

The issue comes up long before adolescence as gender identity typically manifests itself in children by kindergarten.

“What’s at stake is nothing less than the future lives of these children and own health as a society,” said Eliza Byard, executive director of GLSEN, a national advocacy group for lesbian, gay, bisexual, transgender and queer (LGBTQ) students.

“We still live in a world where the most marginalized are not receiving the support and affirmation that they need in order to achieve academically and thrive personally. And we all will benefit when that is true,” Byard said.

Transgender rights have risen to the fore in recent years and as LGBTQ people prepare to mark the 50th anniversary since the Stonewall uprising of June 28, 1969. The protests by patrons of a New York City gay bar, who fought back against police harassment, is considered the birth of the modern LGBTQ rights movement.

Keegan is one student who has benefited from the Stonewall here legacy.

He plays soccer and video games and also likes to dress as a girl, using the name Kween-Kee-Kee when in drag, his parents say. Among his mentors are a pair of real-life adult drag queens. He usually goes by the pronouns “he,” “him” and “his.”

Keegan has found acceptance and support at his school in a conservative, Christian suburb outside of Austin, Texas, his mother said.

“We expected a lot of pushback from the school and we expected some intolerance, but we’ve been very surprised,” said Keegan’s mother.

Keegan’s teacher paid close attention during the lesson on financial literacy, when other students aspired to be doctors and dentists and Keegan wrote “drag queen.”

“One of the students asked, ‘What’s that?’ and Keegan kind of said ‘I don’t know’ and moved past it,” said his teacher.

Neither Keegan’s teacher nor his principal said they received any formal training on educating gender nonconforming students and have worked with intuition and observation.

The teacher wants to let Keegan bring up the subject “at his own pace.”

His parents, too, have wanted to “let Keegan be himself” and not impose any norms on him. They said they were surprised on Friday when, five years after he first started wearing dresses and a full year after they began cooperating with a photographer on this project, he said he was gay.

Minneapolis Public Schools in Minnesota offer some of the most extensive guidelines for teachers, students and parents as part of its Out4Good program supporting LGBTQ children, outlining polices developed over 20 years on names and pronouns, gendered activities and facilities, and safety and bullying, said Jason Bucklin, the Out4Good coordinator.

Some 2.7% of Minnesota high school students identify as transgender or gender nonconforming, according to a 2017 University of Minnesota study.

A gender-inclusive curriculum can prevent the kind of bullying that typically begins in grade school and can evolve into homophobia by middle school and sexual harassment or dating violence by high school, Bucklin said.

“It isn’t just about the transgender students,” Bucklin said. “It is about bringing everybody into the classroom and having the ability to feel successful.”