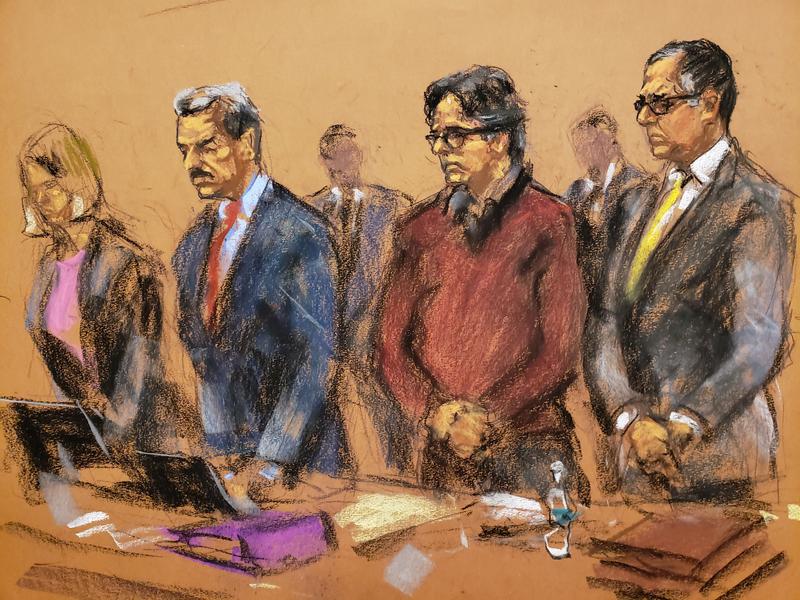 NEW YORK (Reuters) – Keith Raniere, a New York man accused of running a cult-like group in which women were kept on starvation diets, branded with his initials and ordered to have sex with him, was found guilty of all charges against him by a New York jury on Wednesday.

Raniere, 58, was charged with crimes including racketeering conspiracy, sex trafficking and possession of child pornography. He faces a possible sentence of life in prison.

The verdict in federal court in Brooklyn followed a trial that lasted more than six weeks. Raniere’s sentencing is set for Sept. 25.

Raniere is the founder of Nxivm, a purported self-improvement organization based in upstate New York. Prosecutors said that he created a secret sorority within Nxivm called DOS in which female “slaves” turned over compromising materials that were used to blackmail them.

DOS was sold to recruits as an all-female organization, when in fact it was controlled by Raniere, according to former members who testified at the trial.

Outside of the courthouse, after the verdict was read, a group of former Nxivm members gave the prosecution team a round of applause.

Catherine Oxenberg, the mother of a former cult member, called her daughter in front of reporters to tell her the verdict. “I’m so happy,” the mother was heard saying.

Raniere was the “grandmaster” of an inner circle of slaves, who in turn recruited slaves of their own. Some of those recruits were coerced into having sex with Raniere, and some were branded with his initials, according to former members.

DOS slaves were forced to hand over nude photos and embarrassing confessions and told that the material would be released if they disobeyed orders or tried to leave, according to a former member and other witnesses.

Prosecutors also said that, years before creating DOS, Raniere began a sexual relationship with a 15-year-old girl. The child pornography charges stem from explicit pictures he took of the girl, who went on to become one of his inner circle of DOS slaves.

Raniere’s lawyer, Marc Agnifilo, had told jurors in his closing arguments on Monday that no women were ever forced to do anything against their will.

Other members of Nxivm, which is pronounced “nexium,” were charged alongside Raniere, and have all pleaded guilty. They include Nxivm president Nancy Salzman; her daughter, Lauren Salzman, who testified as the prosecution’s star witness; actress Allison Mack; and Seagram liquor heiress Claire Bronfman.

The group first became known for its “Executive Success Program” courses, which purported to give students the ability to achieve their life goals by overcoming mental blocks. Witnesses testified that leaders of the organization psychologically manipulated and abused its members and demanded total obedience.