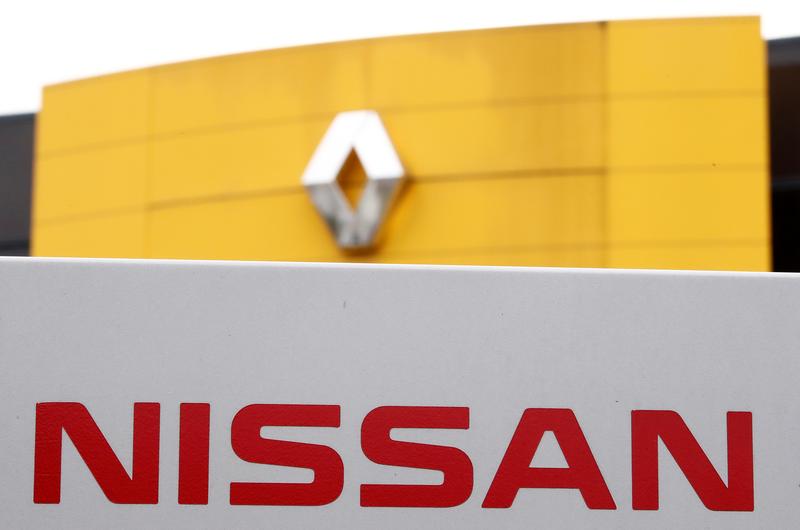 FILE PHOTO: The logos of car manufacturers Renault and Nissan are seen in front of a common dealership of the companies in Saint-Avold, France, January 15, 2019. REUTERS/Christian Hartmann/File Photo

PARIS (Reuters) – French President Emmanuel Macron will discuss the situation regarding the alliance between carmakers Renault and Nissan with Japanese Prime Minister Shinzo Abe next week, said an official at Macron’s Elysee office.

“There will certainly be a discussion during the meeting with Prime Minister Abe about questions regarding the relationship between Renault and Nissan,” said the official.

“It will be an opportunity for the President to reaffirm the strong attachment France has regarding the Renault-Nissan alliance, an attachment which was again emphasized during the recent talks that took place with Fiat,” added the official.

The French state has a 15% stake in Renault, and French ministers have consistently highlighted the importance of ensuring that the Renault-Nissan alliance remains strong, before planning any further consolidation with the likes of Fiat-Chrysler.

The official in Macron’s office added that Macron was not planning to discuss Fiat with Abe. It was also not foreseen that they would discuss the possibility of the French state reducing its Renault stake, the official said.

France’s finance minister raised the possibility of stake reduction in order to consolidate the partnership with Nissan.