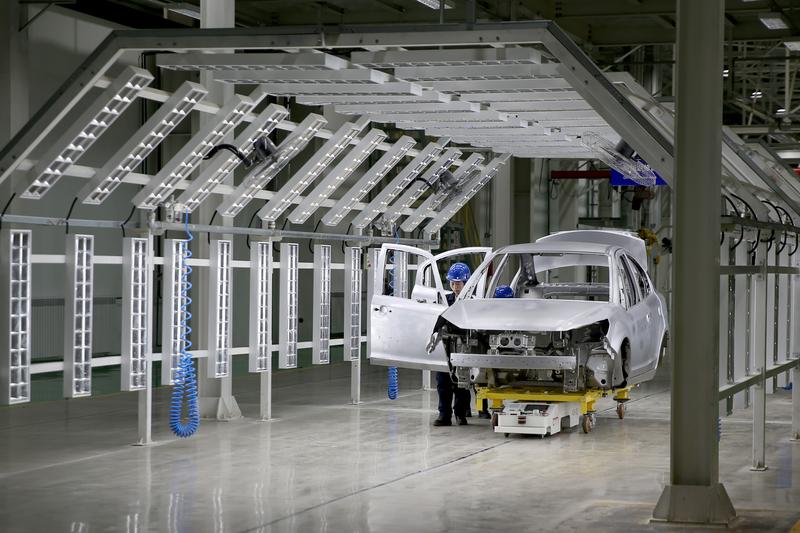 The end result? They decided not to invest in any.

“There are too many uncertainties from when a company tells a story in the early stage, to when it produces a sample car and raises funds, to the eventual mass production,” said Wei, managing director at Shanghai-based Sailing Capital.

Wei, who declined to name the EV makers his team visited, said he thinks only a few of them will survive. Sailing instead decided to invest in an EV parts supplier, he added.

His concerns reflect what bankers describe as increasingly tough funding times for Chinese EV makers which must jostle for attention in a crowded sector and produce convincing arguments about future profitability despite government cuts to EV subsidies and plans to phase them out.

Numerous setbacks plaguing Tesla Inc in its quest for sustained profitability as well as a dramatic slide in sales and problems with some cars at Chinese startup Nio Inc have also put investors on their guard.

This year, Chinese EV makers have raised just $783.1 million as of mid-June compared with $6 billion for the same period a year earlier and $7.7 billion for all of 2018, according to data provider PitchBook.

One Hong Kong-based banker said he had been approached by at least a dozen EV makers seeking new funds but had to pass on most of them as they were not able to set themselves apart from the crowd.

Even fundraising efforts that have gotten off the ground are not moving as fast as EV makers would like.

“It is challenging,” said the banker who began working on one fundraising this year. “If you can get a meeting with investors, you can always tell a story, but some don’t even reply to your requests for a meeting.”

He declined to be identified as the negotiations were not public.

(For a graphic on ‘Fundraising by Chinese EV Companies’ click tmsnrt.rs/2IjAjYt)

Eager to curb smog and jump-start its own auto industry, China has said it wants so-called new energy vehicles (NEVs) – which also include hybrids, plug-in hybrids and fuel cell cars – to account for a fifth of auto sales by 2025 compared with 5% now.

Those ambitions have spawned a plethora of EV startups competing not just with each other, but also global automakers and Tesla, which plans to start production in China this year.

About 330 EV firms are registered for some sort of subsidy, government data shows, although the number of more well established startups is much smaller, at around 50.

But amid criticism that some firms have become overly reliant on government funds, Beijing has reduced subsidies, raised the standards needed for vehicles to qualify and flagged they will end altogether after 2020.

“Given the current situation, it is not enough for any startup to come up with good products and be fast to market. At least it’s equally important to manage cost. Not only fixed costs but variable cost,” he said.

Byton, which is backed by state-owned automaker FAW Group and battery supplier Contemporary Amperex Technology Co (CATL) is one of a few EV makers with a fundraising round in train, seeking $500 million.

Others include Leap Motor, backed by state-owned Shanghai Electric Group Corp and Sequoia Capital China, which is seeking $372 million as well as CHJ Automotive, founded by serial entrepreneur Li Xiang, which wants to raise as much as $500 million.

Those with successful funding under their belts this year include Baidu Inc-backed WM Motor Technology Co Ltd which closed a $446 million round in March, according to PitchBook.

Some have obtained money outside private equity. E-Town Capital, a Beijing government investment firm, will invest 10 billion yuan ($1.4 billion) in a joint venture with Nio, which could help Nio build its own plant.

But overall, industry funding prospects are much bleaker, particularly as Tesla and Nio struggle.

Founder Elon Musk told Tesla employees last month the $2.7 billion the company recently raised would give it just 10 months to break even at the rate it burned cash in the first quarter. Shares in the industry pioneer have slid 32% in the year to date.

Nio’s shares have been hit harder, down 60% this year on a cut to its delivery outlook, a halving in first-quarter sales from the previous quarter, increased competition and reduced subsidies. Its reputation has also been hurt after three vehicles caught on fire and by the inadvertent shutting down of a car on Beijing’s prestigious Changan Avenue after the driver initiated a software update.

“Some of the listed EV industry leaders are currently underperforming in the secondary trading market and that has created pressures for the sector’s short-term outlook,” said Brian Gu, president of EV startup Xpeng Motors and a former senior JP Morgan banker.

“We are seeing investors become more cautious, selective and keenly focused on the frontrunners. I think this trend is likely to persist,” he said.

An investor in WM Motor was more downbeat about the willingness of private equity investors to fund the industry.

“Nio is probably the best among Chinese EV start-ups. Look where it stands now – how can that make us comfortable about writing cheques for other EV start-ups?” said the investor who also held Nio shares but sold them this year.

Reporting by Kane Wu and Julie Zhu in Hong Kong and Yilei Sun in Beijing; Additional reporting by Norihiko Shirouzu in Beijing; Editing by Jennifer Hughes and Edwina Gibbs