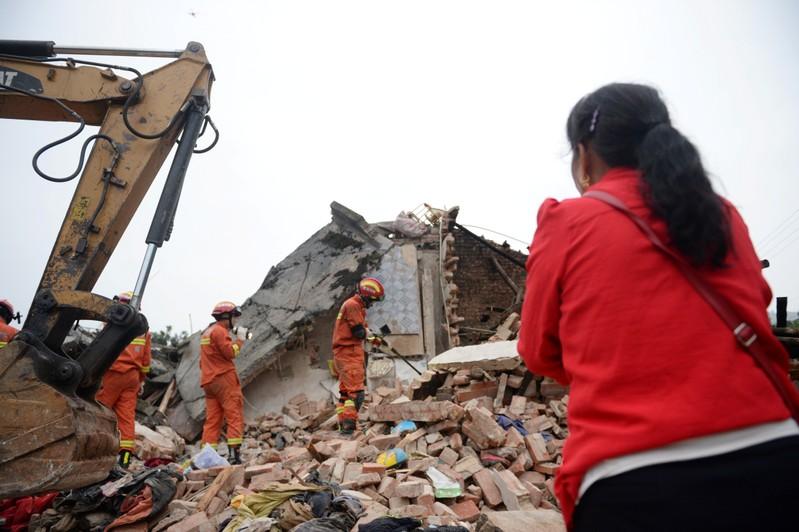 SHANGHAI (Reuters) – Chinese officials said there were no indications that a deadly earthquake in the southwestern province of Sichuan this week was caused by excessive shale gas fracking in the region, state media reported on Wednesday.

The comments come amid speculation in online forums that fracking had contributed to the 6.0 magnitude quake that killed 13 people and injured nearly 200 on Monday.

The quake-prone Sichuan is the site of extensive fracking operations and accounts for about a third of China’s total shale gas production.

But Wang Haitao, director of the China Earthquake Networks Center, said at a Tuesday press briefing that there was “no sufficient evidence” to suggest the quake was caused by shale gas exploration, state-owned tabloid The Global Times reported.

The paper cited a geologist with the China Earthquake Administration as saying that while U.S. scientists had found increases in seismicity near areas where there has been oil and shale gas exploration, there is no concrete scientific evidence to prove the connection.

The U.S. Geological Survey has said that fracking is the cause of only a small number of induced earthquakes in the United States, with most coming as a result of the disposal of waste fluids caused during oil production.

As many as 1,000 residents gathered outside a government building in Rongxian in Sichuan province earlier this year, blaming two recent earthquakes on shale gas exploration in the area. The county subsequently suspended fracking operations.

An April study by the Seismological Society of America also attributed a magnitude 5.7 quake in December 2018 and a magnitude 5.3 quake in January to fracking activities in the region.

The study said extensive fracking at the Changning shale gas block in Sichuan since 2010 has coincided with a dramatic increase in seismicity in the region.

Chinese geologists have also expressed concern that overdevelopment of hydropower resources has undermined the seismic stability of Sichuan, with some even blaming the catastrophic Wenchuan earthquake in 2008 on the large-scale damming of the region.