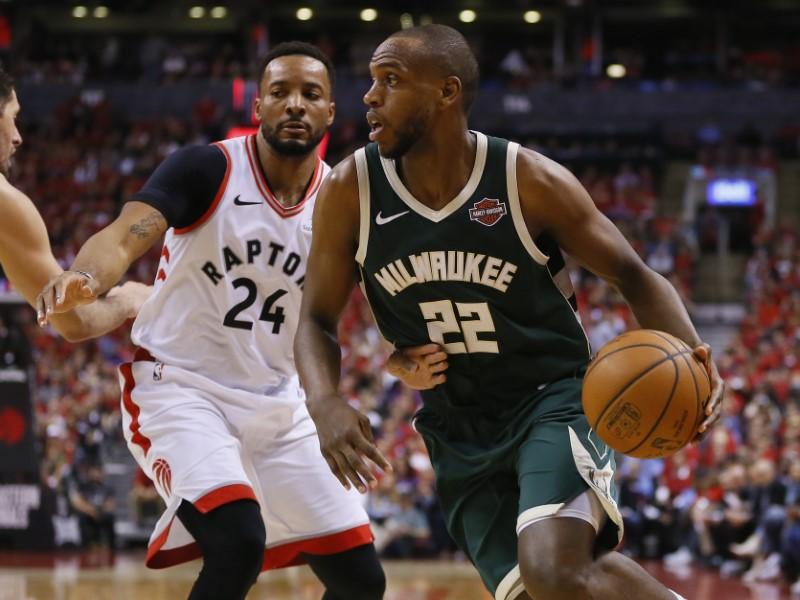 Milwaukee Bucks All-Star guard Khris Middleton opted out of the final year of his contract and will officially become an unrestricted free agent.

Middleton passes on a one-year, $13 million deal for 2019-2020, but he and the Bucks are still discussing a new five-year contract to keep him in Milwaukee, ESPN reported Wednesday.

Middleton can sign a max value contract for five years with Milwaukee. Other teams can offer a four-year deal starting June 30.

A max contract worth more than $30 million per season could hamstring the Bucks against the cap and push Milwaukee into the luxury tax one year before Giannis Antetokounmpo can be offered a max extension.

The Bucks have a $19.5 million cap hold on Middleton that could help them retain their second-leading scorer from last season. However, multiple key role players, including Brook Lopez, Malcolm Brogdon and Nikola Mirotic, are also eligible for free agency.

Middleton, 27, had a career year averaging 18.3 points, 6.0 rebounds and 4.3 assists per game, the latter two marks setting career highs. He shot 37.8 percent from 3-point range on a career-high 6.2 attempts per game.