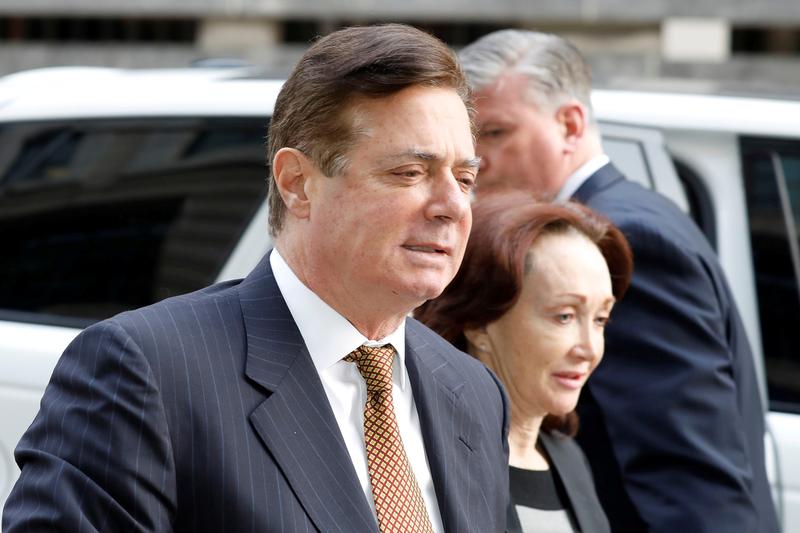 NEW YORK (Reuters) – Paul Manafort, U.S. President Donald Trump’s former campaign chairman, was transferred to a detention facility in Manhattan on Monday ahead of an expected arraignment on state charges in New York, a person familiar with the matter said.

Manafort, 70, was moved from a federal prison in Pennsylvania to the Metropolitan Correctional Facility on Monday morning, according to the person, who spoke on condition of anonymity because the transfer has not been disclosed.

The news was first reported by CNN. An attorney for Manafort did not respond to a request for comment.

Manafort had been at the Federal Correctional Institution in Loretto, Pennsylvania since being sentenced in March to 7-1/2 years behind bars on tax fraud, bank fraud and other charges that stemmed from Special Counsel Robert Mueller’s investigation into Russian interference in the 2016 U.S. election.

Manafort’s transfer to Manhattan likely signals his arraignment in New York is near, although he remains in federal custody and no arraignment date has been set, the person familiar with the matter said.

Vance’s case appears largely tied to the same conduct — applications for mortgages from Citizens Bank and the Federal Savings Bank secured by properties in New York — for which Manafort was prosecuted in federal court.

Vance’s indictment of Manafort was therefore widely seen as an effort to ensure that Manafort serves significant prison time even if Trump pardons him. A U.S. president can issue pardons only for federal crimes.

Under New York law, a person cannot be prosecuted twice for the same act unless at least one element of the crimes is distinct and the statutes address “very different kinds of harm or evil.” However, Vance’s office could argue an exception to New York’s double jeopardy protections is warranted.

In a ruling with potential implications for the Manafort case, the U.S. Supreme Court on Monday declined to limit the ability of federal and state prosecutors to separately charge people for the same underlying crime.

Once Manafort is arraigned in New York, he could end up at Rikers Island, a troubled city jail complex, pending trial.