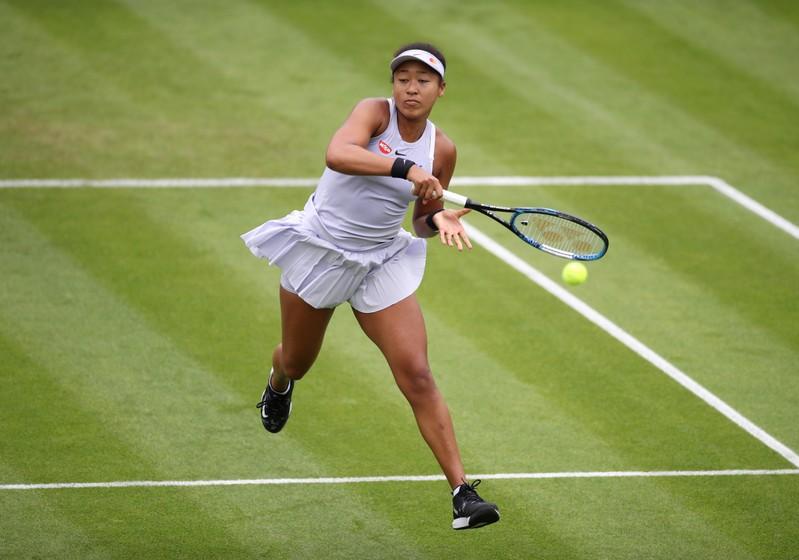 BIRMINGHAM, England (Reuters) – World number one Naomi Osaka was tested by Maria Sakkari in her first-round match at the Nature Valley Classic in Birmingham but eventually went through to the last-16 of the grasscourt tournament with a hard-fought 6-1 4-6 6-3 win on Tuesday.

In her first match since her third-round exit at Roland Garros earlier this month, 21-year-old Osaka struggled with her first serve against the world number 33 and took two hours to dispatch her Greek opponent.

However, the Japanese, who lost to Sakkari prior to her U.S. Open title run last year, did manage to fire seven aces and won five break points to clinch victory on a surface she had previously admitted was not her strongest.

Elsewhere, former French Open champion Jelena Ostapenko stormed into the next round with a 6-0 6-2 demolition of Iga Swiatek while Petra Martic saw off the challenge of Ekaterina Alexandrova with a 6-3 7-5 win.

Venus Williams’ match against Aliaksandra Sasnovich was delayed due to rain while second seed and French Open champion Ashleigh Barty is set to take on Donna Vekic later on Tuesday.

Reporting by Rohith Nair in Bengaluru; Editing by Toby Davis