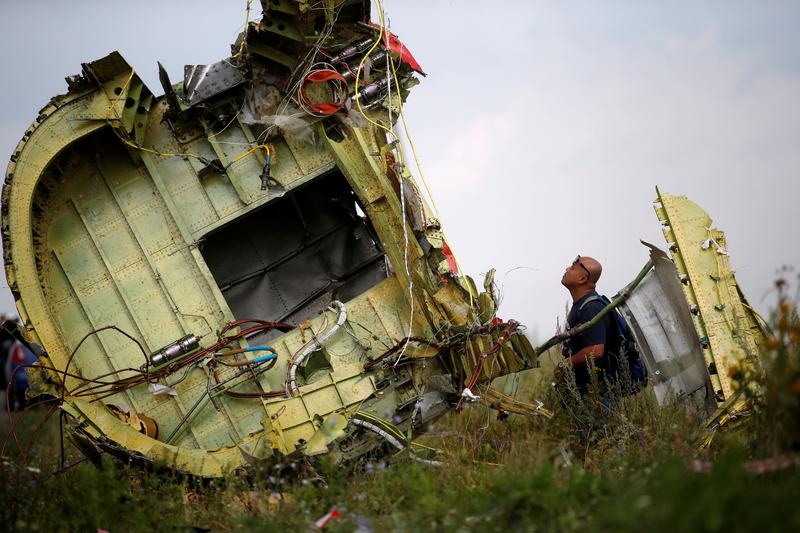 NIEUWEGEIN, Netherlands (Reuters) – International investigators are set on Wednesday to launch criminal proceedings against suspects in the shooting down of Malaysia Airlines Flight MH17 over eastern Ukraine nearly five years ago.

The Dutch-led international team tasked with assigning criminal responsibility for the plane’s destruction is to inform victims’ families of progress in their case on Wednesday morning, followed by a presentation to the media.

MH17 was shot out of the sky on July 17, 2014 over territory held by pro-Russian separatists in eastern Ukraine as it was flying from Amsterdam to the Malaysian capital Kuala Lumpur. All 298 people on board were killed.

Most victims were Dutch. A joint investigation team formed in 2014 by Australia, Belgium, Malaysia, the Netherlands and Ukraine found that the plane was shot down by a Russian missile.

The Russian government denies having lent any support to pro-Russia rebels fighting Ukrainian government troops and also denies any involvement in shooting down MH17.

Last year Russian President Vladimir Putin called MH17’s downing a “terrible tragedy” but said that Moscow was not to blame and that there are other explanations for what happened.

The governments of the Netherlands and Australia have said they hold Russia legally responsible.

Prosecutors have previously said the missile system that brought down the plane came from the Russian 53rd Anti-Aircraft Brigade, based in the western Russian city of Kursk.

They said their next step would be to identify individual culprits and to attempt to put them on trial.

The Netherlands has said Russia has not cooperated with the investigation and Moscow is not expected to surrender suspects.

Dutch authorities have said suspects may be tried in absentia.