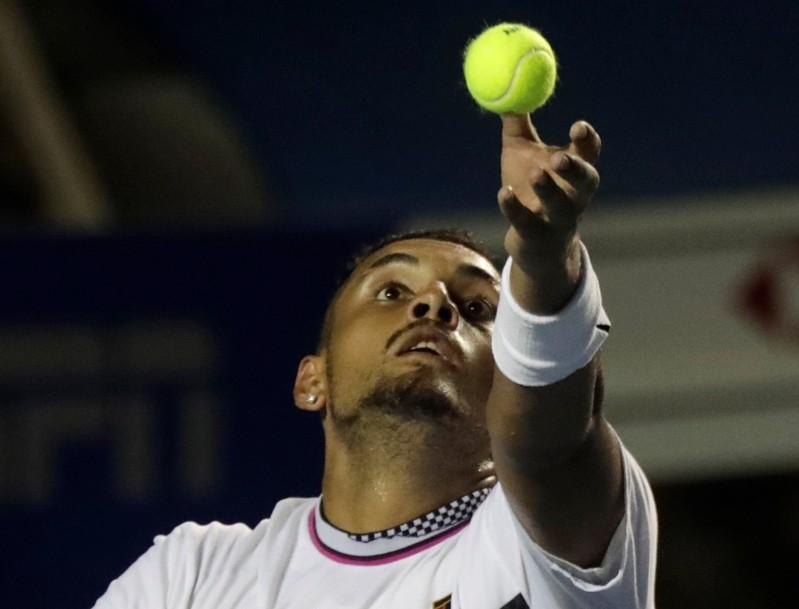 (Reuters) – Australian Nick Kyrgios has welcomed Andy Murray’s return to tennis after hip surgery, saying he could not believe his eyes when he ran into the Briton practicing at Queens Club on Monday.

Murray, who underwent a hip resurfacing operation five months ago, is making his comeback this week by partnering Feliciano Lopez in the doubles.

“Andy was the first person I saw here, doing his drills,” Kyrgios told reporters ahead of his opening round match against France’s Adrian Mannarino. “I couldn’t believe what I was seeing.

“Just to see him back healthy and happy on court is all that matters. He is a warrior. He’s good enough to do damage in doubles, especially with Feliciano. I’d almost pay to watch that match.”

Kyrgios has a fractious relationship with a number of senior players on the ATP Tour, including Novak Djokovic, Roger Federer and Rafa Nadal, but shares a warm friendship with Murray.

The Scot has defended Kyrgios on a number of occasions when the younger player ruffled feathers with his on-court behavior and barbed criticism of his fellow professionals.

Kyrgios said Murray had spoken to him about the possibility of them playing doubles at Wimbledon when they practiced at the All England Club a few weeks ago.

“I don’t think I want to carry him for Wimbledon dubs – I think he can find someone else to do that for him,” the Australian said with a smile.

Reporting by Simon Jennings in Bengaluru; Editing by Peter Rutherford