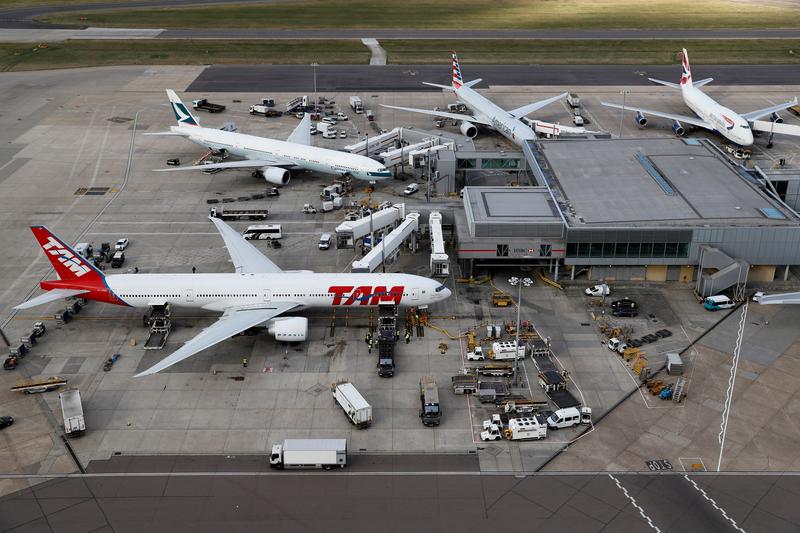 LONDON (Reuters) – London Heathrow, the busiest airport in Europe, published its masterplan plan for expansion on Tuesday, including building a controversial third runway and new terminal facilities, at the start of a 12-week statutory consultation.

Emma Gilthorpe, Heathrow’s Executive Director for Expansion, said: “This consultation is an opportunity for people to have their say on our preferred masterplan, so it’s really important that as many people as possible take part.”

Britain has spent decades arguing about building more air capacity in the densely-populated southeast of England.

The government won a vote a year ago to proceed with Heathrow expansion, including building the first full-length new runway in the London area for 70 years.

But the plan is opposed by local politicians, environmental campaigners and the London mayor, who say increasing the number of flights at the hub from 473,000 in 2016 to a capacity of 740,000 will worsen air quality and increase noise pollution.

Lawmaker Boris Johnson, the front-runner to become the next Conservative leader and prime minister, told voters in his west London constituency four years ago that he “would lie down with you in front of those bulldozers and stop the building, stop the construction of that third runway”.

However, his opposition has softened, and he told a meeting of his fellow lawmakers this month that the expansion plan had been approved by parliament.

The plan published by Heathrow, which is owned by Ferrovial, Qatar Investment Authority and China Investment Corporation among others, shows growth in stages from the opening of the third runway in about 2026 to the end of the masterplan in about 2050.

It includes plans to mitigate the environmental impact of the expansion, including an ultra-low emissions zone, a vehicle access charge and a proposed 6.5-hour ban on scheduled night flights. Rivers will be diverted and a tunnel built to take vehicles on the busy M25 motorway under the new runway.

The consultation runs from Tuesday until Sept. 13, Heathrow said.