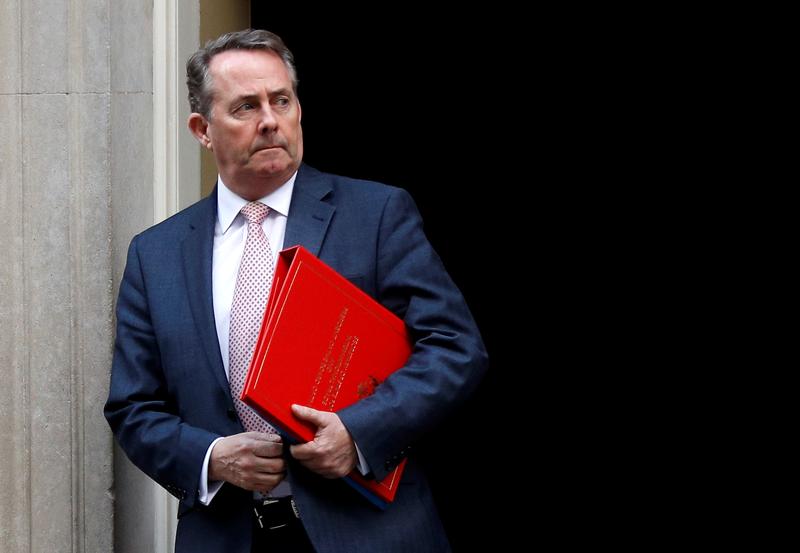 ANKARA (Reuters) – The contest to choose a leader for Britain’s governing Conservative Party should not be rushed even though Boris Johnson holds a clear lead, British trade minister Liam Fox said on Tuesday.

Johnson, a former foreign minister and ex-London mayor, won 114 votes in the first-round ballot of party lawmakers, far ahead of his nearest rival.

A second round to whittle down the number of contenders to replace Theresa May is due on Tuesday, with the result due around 1700 GMT.

“We have a process set out where the members of parliament will determine two candidates that go to the whole of our party membership,” Fox told Reuters in an interview during a visit to Turkey.

“So that was the (process) set out and it should be followed. I think that especially in the current climate, if our party members and our party volunteers felt that they were being cut out of the process and denied a voice, I don’t see them taking that too well.”

Johnson has said that, as prime minister, he would lead the United Kingdom out of the EU at the end of October with or without a trade deal. Parliament is likely to move to stop a no-deal Brexit, while the EU has said it will not renegotiate the withdrawal agreement that May reached with Brussels and that lawmakers rejected.

“We have to be willing to be reasonable. We also need our EU partners to be reasonable and to recognise that it’s in the interest of all our citizens… to guarantee the stability and the prosperity of those we represent,” Fox said.

The uncertainty has also unnerved Turkey. At $11.1 billion (£8.87 billion) last year, Britain is its second-largest export market, which under a hard Brexit it would lose customs duty-free access to, pushing Ankara to $2.4 billion in lost exports annually according to a UN estimate.

“Of course we want to discuss what happens if we have a no-deal exit from the EU, but… we’re trying to get an agreement, which is in everybody’s interest, including Turkey’s interest,” Fox said.

He said Rolls-Royce was still working on Turkey’s fighter jet programme with its local partner Kale Group, after the British engine maker said in March it had scaled back efforts to join the TF-X programme.