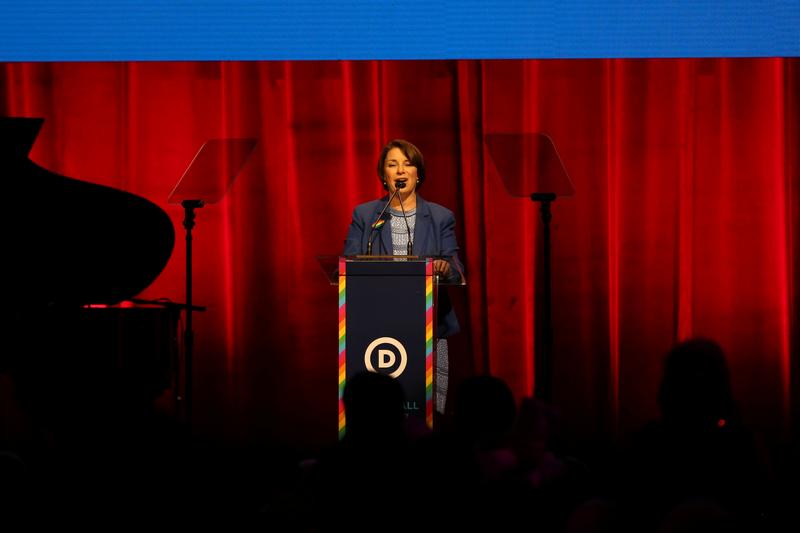 WASHINGTON (Reuters) – U.S. Senator Amy Klobuchar unveiled on Tuesday a 137-point list of priorities she would address in her first 100 days in office if elected president, a sweeping set of policies she is highlighting as part of her bid for the Democratic nomination.

The policies touch on matters ranging from high-profile topics like climate change, healthcare and gun regulations to the classification of federal tax offices.

Klobuchar is one of more than 20 candidates vying for the Democratic nomination to challenge Republican President Donald Trump in November 2020. The Minnesota lawmaker has so far struggled to gain traction in opinion polls.

She will face off on June 26 against nine other candidates in the first debate of the nominating contest. An additional 10 candidates will debate the next night. Her hefty policy list could be used to try to bolster her debate stage credentials.

Her first two policy positions are topics popular among Democrats – rejoining the Paris climate agreement from which Trump withdrew the United States, and promising to fight efforts to reduce health insurance protections for people with pre-existing conditions.

Other promises include taking her first international trips to Canada and Europe and signing an executive order to end the policy of separating migrant children from their parents at the border with Mexico.

Klobuchar also said she would issue an executive order restoring a requirement that the Pentagon and CIA issue an annual report detailing air strikes taken outside war zones and detailing the number of military and civilian deaths.

She said she would also reverse an executive order Trump signed in his first weeks of office, which critics said weakened financial regulations and undermined efforts made in the Dodd-Frank bill after the 2008 financial crisis.