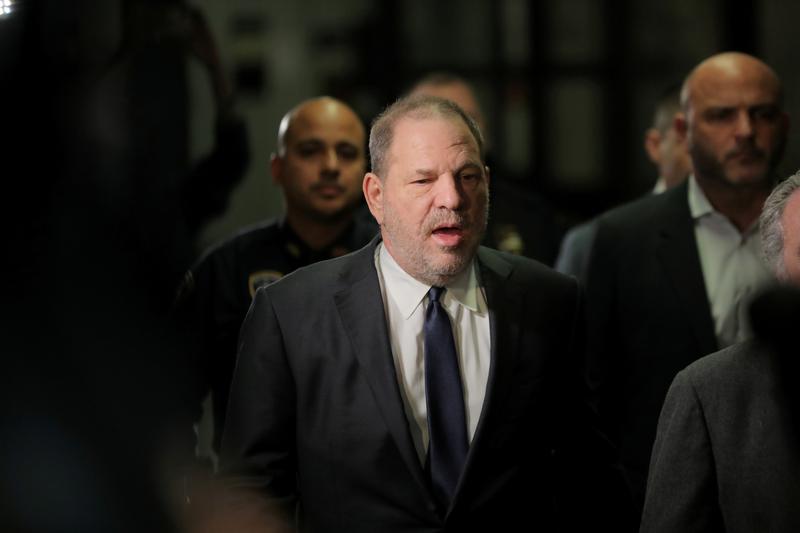 NEW YORK (Reuters) – One of the lawyers representing Harvey Weinstein in his rape trial due to begin in September has asked a judge to let him drop the former movie producer as a client, the New York Post reported, citing a letter from the attorney to the New York court.

The attorney, Jose Baez, asked a Manhattan justice to let him off the case six months after Weinstein, 67, hired him because of their strained relationship, the newspaper reported on Monday.

“Mr. Weinstein has engaged in behavior that makes this representation unreasonably difficult to carry out effectively and has insisted upon taking actions with which I have fundamental disagreements,” Baez wrote to Manhattan Supreme Court Justice James Burke last week, according to the newspaper.

Baez did not immediately respond to Reuters’ request for comment.

Prosecutors in New York accuse Weinstein, 67, of forcibly performing oral sex on a woman in 2006 and raping another woman in 2013. Weinstein faces five criminal charges, including rape, and could be sentenced to life in prison if convicted.

He has pleaded not guilty to the charges. The trial is scheduled to begin on Sept. 9.

More than 70 women have accused Weinstein of sexual misconduct. He has denied all accusations and said any sexual contact was consensual.

Weinstein hired Baez and Harvard University law professor Ron Sullivan after his former attorney Ben Brafman left the case in January. Sullivan left the case last month after his defense of Weinstein sparked an outcry at Harvard and led to his dismissal from a dean role.

Baez previously represented Casey Anthony, a Florida woman found not guilty in 2011 of murdering her 2-year-old daughter Caylee in a high-profile criminal case.

Reporting by Gabriella Borter; Editing by Will Dunham