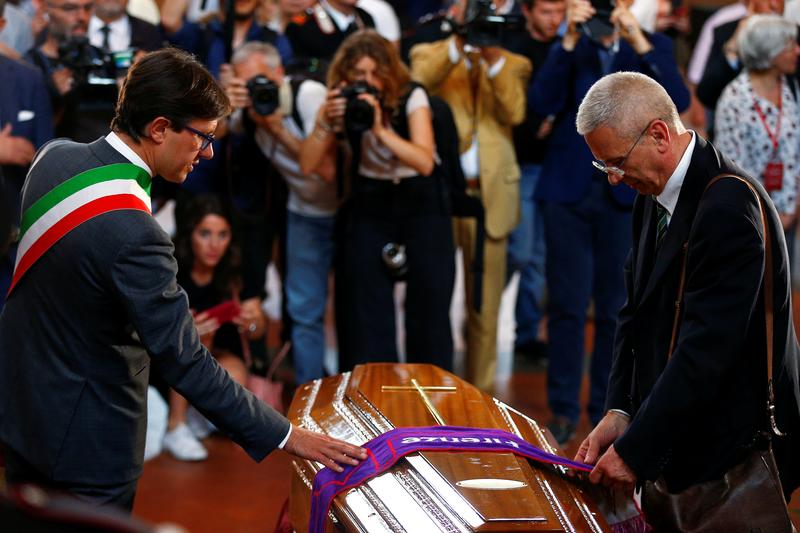 FLORENCE (Reuters) – Hundreds of people gathered in Florence on Tuesday for the funeral of film and opera director Franco Zeffirelli, who died on Saturday at the age of 96. Zeffirelli, a native of Florence, was the last of a generation of Italian film luminaries who came of age after World War Two, including Federico Fellini, Luchino Visconti and Vittorio De Sica. Family, friends and politicians, including Culture Minister Alberto Bonisoli, filled the Santa Maria del Fiore cathedral. “Florence is giving back to the master everything he gave to the city,” Mayor Dario Nardella said. Zeffirelli, who was often appreciated more by the public than by critics, directed more than two dozen films, working with stars like Elizabeth Taylor, Richard Burton, Laurence Olivier, Alec Guinness, Faye Dunaway and Jon Voight.

He brought Shakespeare to the screen several times, and his “Romeo and Juliet” was nominated for Best Picture and Best Director Oscars. His 1990 “Hamlet” starred Mel Gibson.

One of the high points of his opera career was a production of Verdi’s “Aida” at Milan’s La Scala in 2006, which won more than 15 minutes of applause on opening night.

In 1994, Zeffirelli, who directed several productions at London’s Covent Garden, was knighted by Queen Elizabeth II for his “valuable services to British performing arts”.

He also served as a senator for Forza Italia, the party of former prime minister Silvio Berlusconi, from 1994 to 2001.