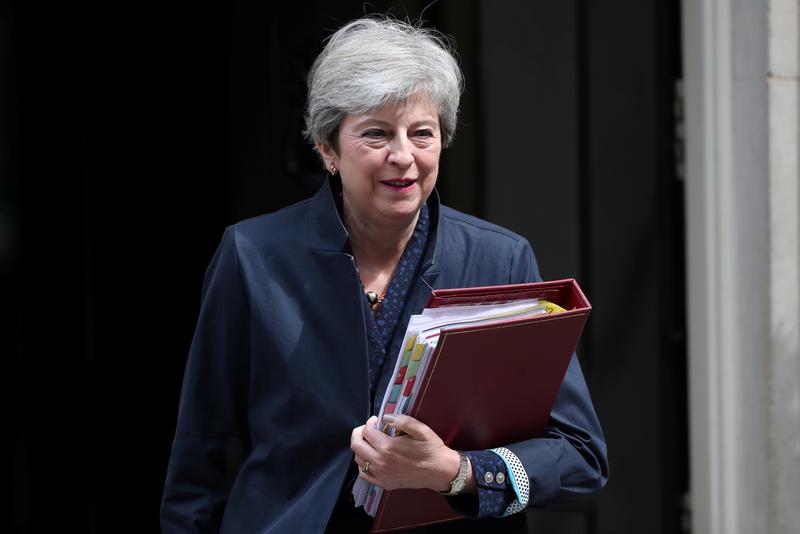 LONDON (Reuters) – The British government said on Tuesday it planned to give the competition watchdog new powers to fine companies selling products such as mortgages, insurance and mobile phones which exploited the loyalty of their customers.

In December, the Competition and Markets Authority proposed a crackdown on firms that charge so-called loyalty penalties on a whole range of products following a “super complaint” by consumer body, Citizens Advice.

The government said it would now consult on handing the CMA new powers to fine firms that overcharge or mislead customers without first going to court.

It said it would serve as a deterrent to those companies that penalise customers through “subscription traps” such as unfair terms and hard-to-exit contracts.

“For far too long, many big companies have been getting away with harmful trading practices which lead to poor services and confusion among customers who have parted with their hard-earned cash,” Prime Minister Theresa May said in a statement.

“The system as it stands not only lets consumers down but it also lets down the vast majority of businesses who play by the rules.”

The CMA investigation, which found year-on-year stealth price rises, costly exit fees and complex processes to cancel contracts, said vulnerable people, including the elderly and those on low incomes, were more at risk of paying loyalty penalties.

According to Citizens Advice, customers who stayed loyal to mobile and broadband providers and to those providing financial services such as savings and insurance were overpaying by 4 billion pounds a year.

Its chief executive Gillian Guy said the government action was welcome but was just the “tip of the iceberg”.

The government said it would also legislate if necessary to give powers to the Ofcom media regulator and the Financial Conduct Authority if their current powers were insufficient.

It cited ensuring that mobile phone providers ended the practice of charging customers the same rate once they had effectively paid off the cost of a handset at the end of their mininum contract period.