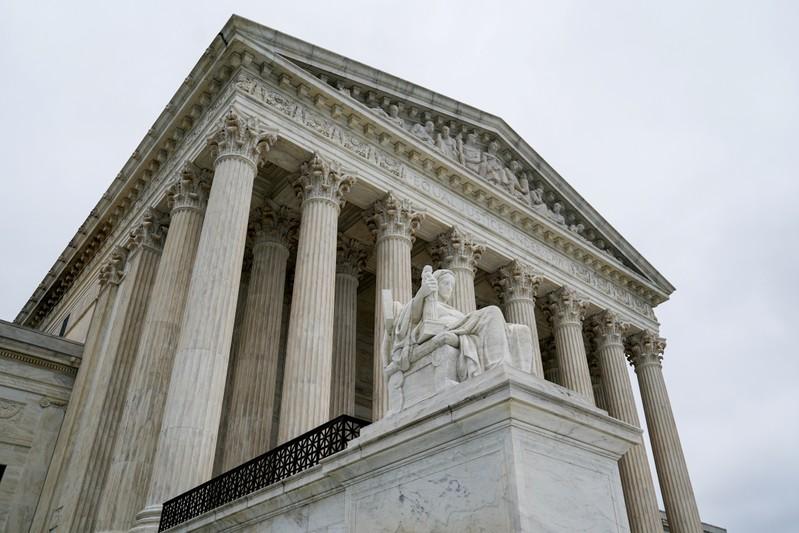 WASHINGTON (Reuters) – The U.S. Supreme Court on Monday threw out a lower court ruling against the owners of an Oregon bakery who refused based on their Christian beliefs to make a wedding cake for a lesbian couple in another case pitting gay rights against religious rights.

The justices sent the case back to an Oregon court so it can reconsider its 2017 ruling upholding the state’s $135,000 penalty against the bakery owners for violating an Oregon anti-discrimination law in light of the Supreme Court’s 2018 decision in a strikingly similar case from Colorado.

The state court will have to come up with a new decision and potentially could rule against the bakery owners, Melissa and Aaron Klein, a second time even after taking into consideration last year’s Supreme Court decision in favor of a Denver-area Christian baker who had refused to make a wedding cake for two gay men.

The Kleins argued that the state fine violated the their rights of free speech and free exercise of religion under the U.S. Constitution’s First Amendment. The Kleins ran a bakery called Sweetcakes by Melissa in Gresham, a city just east of Portland, and were hit with the state fine after spurning the couple, Rachel Bowman-Cryer and Laurel Bowman-Cryer.

Kelly Shackelford, president of the conservative legal group First Liberty Institute, which represents the Kleins, characterized the court’s action as a victory for his clients.

“The Constitution protects speech, popular or not, from condemnation by the government. The message from the court is clear, government hostility toward religious Americans will not be tolerated,” Shackelford said.

Jennifer Pizer, a lawyer with Lambda Legal, a gay rights legal group, said she was disappointed the court did not leave the state court ruling intact.

“It is a longstanding legal rule that the freedom of religion is not a license for businesses to discriminate, and this is one more case about a wedding cake in which an anti-gay business owner is trying to use religious beliefs to excuse denying commercial services to a lesbian couple,” Pizer said.

The 7-2 Supreme Court ruling on narrow legal grounds in favor of the Colorado baker in June 2018 left unresolved the bigger question of whether certain businesses can claim religious exemptions from anti-discrimination laws.

The justices will have another chance to weigh in on the broader questions in the coming months when they consider whether to hear an appeal by a Washington state florist who refused to sell a gay couple flowers for their wedding. The Washington Supreme Court on June 6 ruled against the florist.

The Oregon cake dispute began in 2013 when Aaron Klein told Rachel Bowman-Cryer and her mother, Cheryl McPherson, that Sweetcakes did not make cakes for same-sex weddings for religious reasons.

The Kleins had previously made a cake at the request of the same lesbian couple for McPherson’s previous heterosexual wedding. The lesbian couple, who married in 2014 and have two children, said they wanted to order the exact same cake.

When McPherson returned to the shop to protest, Aaron Klein quoted a Bible passage: “You shall not lie with a male as one lies with a female, it is an abomination.”

The Oregon Bureau of Labor and Industries, responding to a complaint filed by the gay couple, imposed the penalty after finding that the Kleins had violated an Oregon public accommodations law that bars the denial of service based on sexual orientation.

Lawyers for the Kleins, from the conservative group First Liberty Institute, have said the bakery was driven out of business because of the dispute.

The state in court papers called the case a straightforward example of denial of service based on sexual orientation. The Kleins did not discuss the design of the cake or what message it would convey before refusing to make it, the state’s lawyers said.

The Oregon Court of Appeals, the intermediate state appeals court that now will have to reconsider the case, in 2017 rejected the constitutional challenge by the Kleins. The law “simply requires their compliance with a neutral law of general applicability, and the Kleins have made no showing that the state targeted them for enforcement because of their religious beliefs,” the state court said.

The Oregon Supreme Court refused to hear the case in June 2018, shortly after the justices ruled in the Colorado case.

Of the 50 states, 21 including Colorado and Oregon have anti-discrimination laws protecting gay people.

In a major case coming before the Supreme Court in its next term, which starts in October, the justices will consider whether gay and transgender people are protected by a federal employment law that outlaws discrimination on the basis of sex.