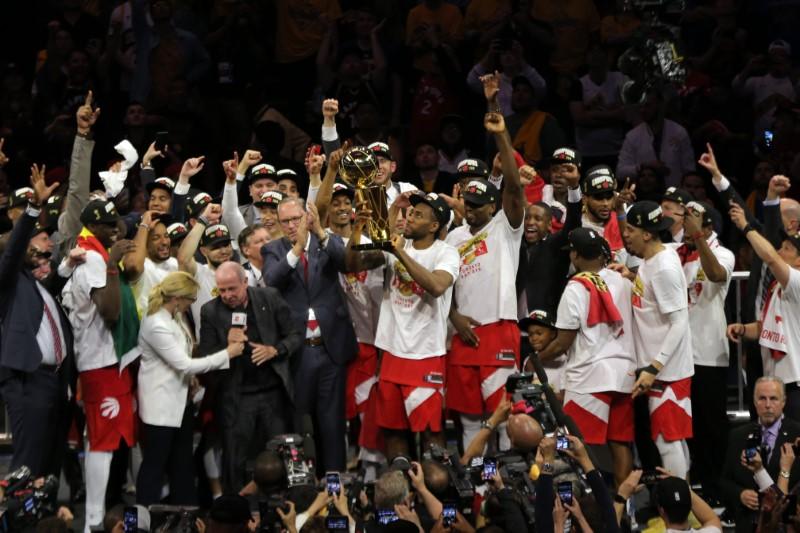 Two weeks from now, the Toronto Raptors’ roster might look as different as Danny Green’s combed-out mohawk with looming decisions from Kawhi Leonard, Marc Gasol and Green that brought an air of uncertainty to Monday’s street party in Ontario.

As the Raptors gathered with mobs of fans Monday to celebrate their NBA championship, the next chapter for the Raptors will be on hold as a series of decisions that shape the future of the franchise are made.

Leonard will opt out of the final year of his contract to become a free agent. The Raptors expected this bit of paperwork even before Leonard was acquired from the San Antonio Spurs last summer. What they won’t know until at least June 30 is whether Leonard ever will wear a Toronto uniform again.

The Los Angeles Lakers, Los Angeles Clippers, New York Knicks, Brooklyn Nets, Chicago Bulls and others are known to have serious interest in signing Leonard. Of course, the Raptors hope he will choose to stay put after carrying the franchise to its first title.

“I don’t think there’s any other player of his caliber right now in the NBA,’’ Gasol said. “He’s on a pedestal by himself.’’

Gasol also has a player option he could decline. If Leonard leaves, the exodus behind him could be devastating.

“Let’s not be foolish,’’ said Green, whose tightly wound mohawk was unfurled for Monday’s festivities with the top of the hairline about seven feet off the ground. “His decision affects a lot of guys’ decisions. He can change a whole organization.’’

Leonard’s words following the Finals-clinching win at Golden State are being analyzed, parsed and recycled in Toronto, where fans are hopeful he’ll be back.

In an interview last week that took place after the Raptors celebrated with beer and champagne in the locker room, Leonard said the victory was something “the Raptors can build on.”

Some took the separation of Leonard from the Raptors as a sign he’s as good as gone, likely to his home state of California and the Clippers.

Raptors head coach Nick Nurse said everyone is guessing at this point, and he’s not even sure Leonard knows where he’ll play in 2019-20.

“I don’t really know,’’ Nurse said. “I know he’s got to make a decision here really soon, couple of weeks. I think he had a good season and people like him here, and we can give him a good deal.’’