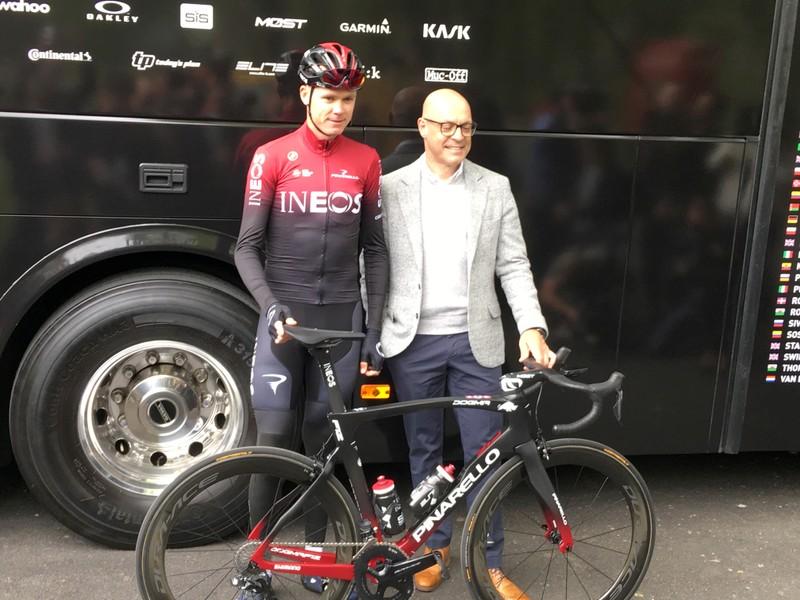 Froome sustained multiple fractures including broken femur, elbow and rib bones in a high speed crash and was airlifted to hospital where he underwent surgery.

The 34-year-old Briton has been ruled out of this year’s Tour de France but Brailsford does not think he will retire from the sport.

“It’s quite difficult to see that, if I’m being honest with you,” Brailsford told BBC 5 Live’s Sportsweek. “I think he will try and get back.

“Who knows how this will impact on him, but I don’t think it will be the case where he’ll just say ‘right, I’m satisfied now. I’ll hang up my wheels and call it a day’.

“I think he’s more likely to really work hard in rehab and push himself really hard. He’ll take the same approach to that I’m sure as he does to his sport. If I was a betting man I’d say yes we’ll seem him back at some point in the future.”

Brailsford said he expected the crash to prompt a review of rider safety by cycling’s authorities.

“When something like that does happen, when it’s quite traumatic, then it’s a human reaction I think, so it would be no surprise at all,” he said.

Reporting by Simon Jennings in Bengaluru;Editing by Peter Rutherford