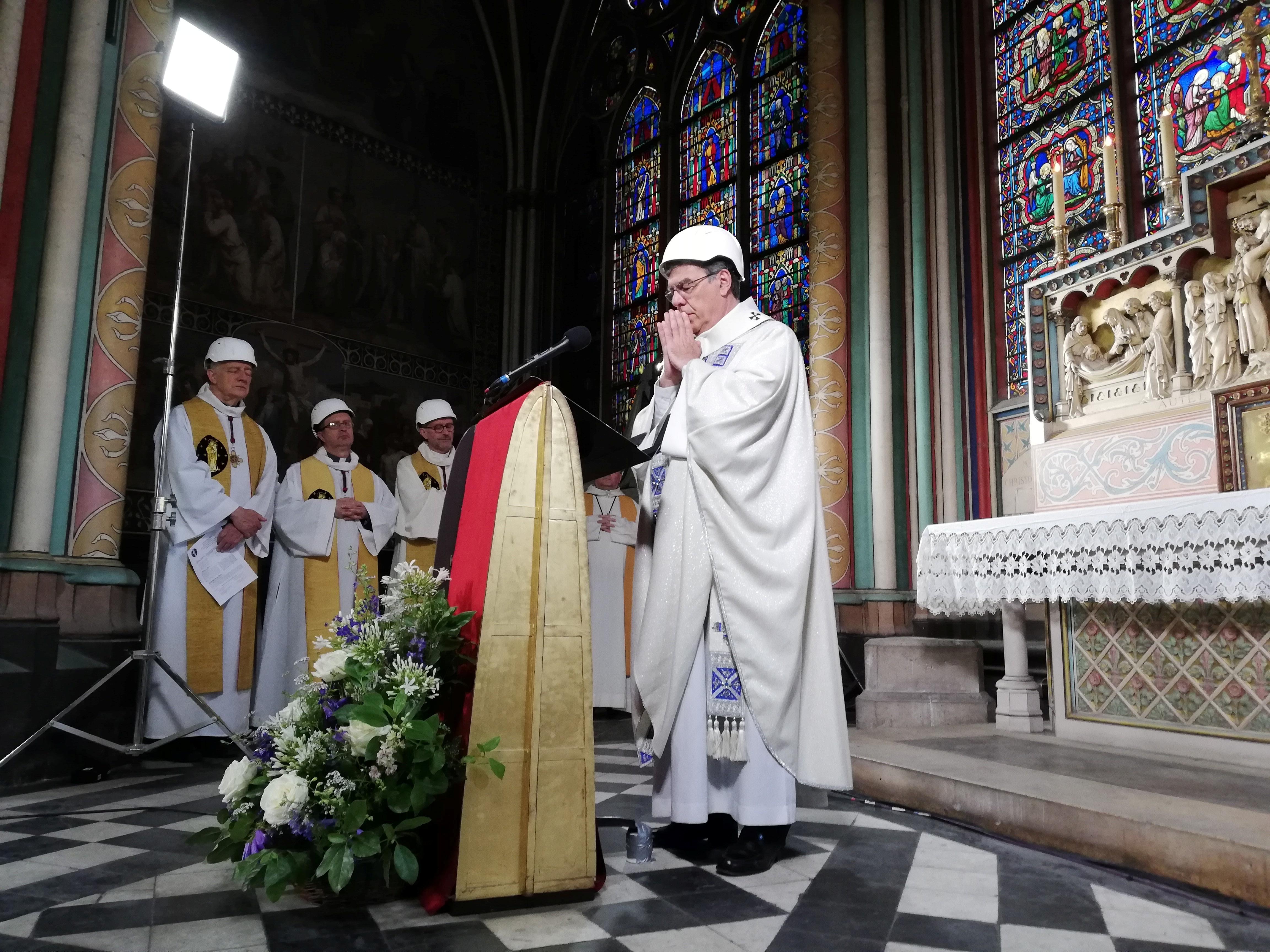 PARIS (Reuters) – A small congregation in white hard hats attended mass at Notre-Dame Cathedral in Paris on Saturday, the first service since fire devastated the Gothic landmark two months ago.

Church leaders are keen to show life goes on at the cathedral as donations for rebuilding trickle in.

Less than 10% of the 850 million euros ($953 million) pledged by billionaires, business leaders and others has been received so far, the French government said.

The mass, which commemorates the cathedral’s consecration as a place of worship, was held in a side-chapel left undamaged by the April 15 fire, with attendance limited to about 30 people wearing protective headgear.

Priests in ceremonial garb of white robes and yellow stoles briefly parted with their hard hats during the communion.

“It is with much emotion that we are here to celebrate the consecration of the cathedral,” said Paris’s archbishop Michel Aupetit, who led the service.

“It is a message of hope and thanks to all those who were moved by what happened to this cathedral,” he added, acknowledging afterwards it was “a bit strange” to celebrate mass with a helmet.

The service was broadcast live on a religious TV channel that showed poignant images of the blue sky through the collapsed roof and the black rubble still clogging the building.

On Friday, France’s Culture Minister Franck Riester said the cathedral was still in a fragile state, especially the vault.

The blaze caused the roof and spire of the architectural masterpiece to collapse, triggering worldwide sadness.

Among those who promised to donate to the rebuilding effort were luxury goods tycoons Bernard Arnault and François-Henri Pinault.

“There could be people who promised to donate then in the end did not,” Riester told France 2 television, without giving further details. “But more importantly, and this is normal, the donations will be paid as restoration work progresses.”

President Emmanuel Macron has set a target of five years for restoring the cathedral, though Riester was more cautious.

“The president was right to give a target, an ambition,” he said. “But obviously what matters in the end is the quality of the work. So it does not mean that work will be totally finished in exactly five years.”