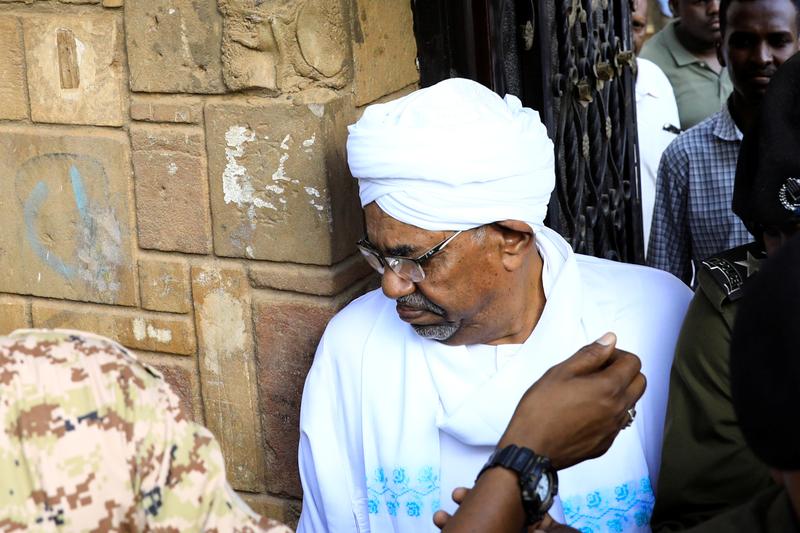 KHARTOUM (Reuters) – Sudan’s ex-president Omar al-Bashir was charged with corruption-related offences on Sunday, as he appeared in public for the first time since he was overthrown and detained in April.

Looking much the same as prior to his removal by the military, he was driven to the prosecutor’s office in Khartoum.

He was charged with illicit possession of foreign currency and accepting gifts in an unofficial manner, prosecutor Alaa al-Din Abdallah told media, adding that Bashir would be given the chance to respond to the accusations.

His trial will be a test of how serious the country’s transitional military council is about trying to erase the legacy of his autocratic 30-year rule, marked by widespread violence, economic collapse and the secession of South Sudan.

Bashir was charged last month with incitement and involvement in the killing of protesters, and prosecutors also want him questioned over suspected money laundering and terrorism financing.

Sudan’s chief prosecutor said on Saturday that 41 former officials from Bashir’s administration were being investigated for suspected graft.

The military overthrew and detained Bashir on April 11 after 16 weeks of street protests against his rule.

But despite his ouster, Sudan remains paralyzed by a political standoff between a transitional military council and a coalition of protesters and opposition parties demanding a civilian-led administration during a planned transition to democracy.

Talks on a power-sharing deal have collapsed, and tensions soared on June 3 when security forces stormed a protest camp in Khartoum being maintained as a way to press military rulers to hand over power.

Protesters put the number of dead from the incursion at 128, and the health ministry at 61.

Military investigators on Saturday said that government officers of various ranks were found to have been responsible for the dispersal of the camp without approval.

Addressing supporters at the presidential palace, the deputy head of the military council said on Sunday it was ready to accept nominees for top government positions proposed by the coalition.

“We are actually not in dispute and we are partners in this glorious revolution,” General Mohamed Hamdan Dagalo said. “They say a technocratic government and we are ready”.