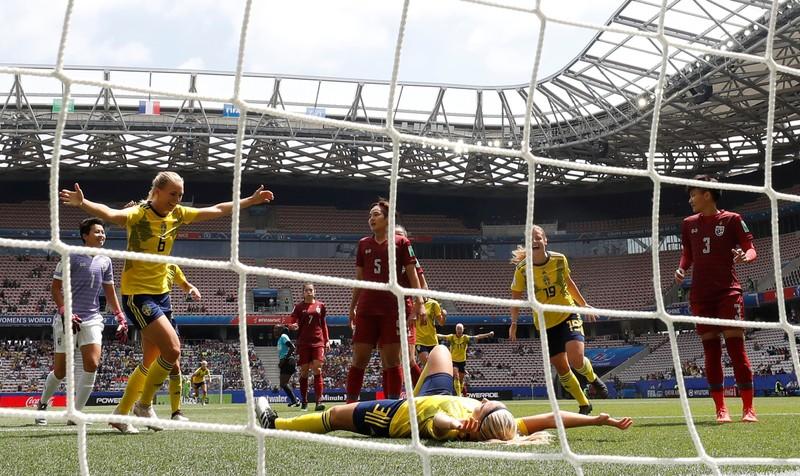 NICE, France (Reuters) – Sweden produced a breathtaking display of attacking soccer to thrash Thailand 5-1 in Nice on Sunday and book their place in the last 16 of the women’s World Cup.

Thailand, coming off a record 13-0 loss to defending champions United States in their Group F opener, conceded twice in the opening 20 minutes as they struggled to win aerial battles against a much taller Swedish team.

Center back Linda Sembrant broke the deadlock for Sweden with a thumping header off an Elin Rubensson free kick, before midfielder Kosovare Asllani pounced on a rebound to double their lead.

Fridolina Rolfo hammered in a third from outside the box as Sweden finished with three goals in the first half of a World Cup match for the first time since a third-place playoff win over Germany in 1991.

Forward Lina Hurtig and Rubensson scored in the second half to add gloss to the scoreline, while forward Kanjana Sung-ngoen pulled one back for Thailand in the closing stages.

It was a much improved display from Sweden, who peppered the Thailand goal with 34 attempts, after they labored to a 2-0 victory over Chile in their opening match.