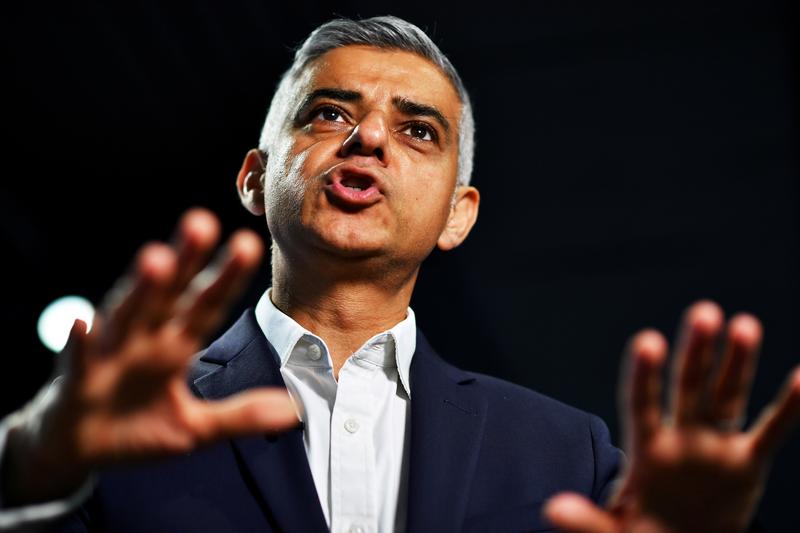 FILE PHOTO: Mayor of London Sadiq Khan speaks during an interview with Reuters at an event to promote the start of London Tech Week, in London, Britain, June 10, 2019. REUTERS/Dylan Martinez/File Photo

LONDON (Reuters) – U.S. President Donald Trump once again criticized London Mayor Sadiq Khan on Saturday, saying he is a “disaster” and will “only get worse” after three people were slain in the city in less than 20 hours.

Trump retweeted a tweet by the right-wing commentator Katie Hopkins who called London “stab city” and said “this is Khan’s Londonistan,” a phrase used to describe the city’s failure to tackle Muslim extremists.

“LONDON needs a new mayor ASAP. Khan is a disaster – will only get worse!” Trump said on Twitter.

Trump called Khan, a Muslim of Pakistani heritage, a “stone-cold loser” earlier this month after the mayor criticized the British government for inviting Trump for a state visit and compared him to 20th century fascists.

Trump’s feud with Khan dates back several years. Khan has criticized Trump’s effort to ban travelers from Muslim countries, while the president has castigated the mayor for his handling of a 2017 terrorist attack on the London bridge that killed 11 people.