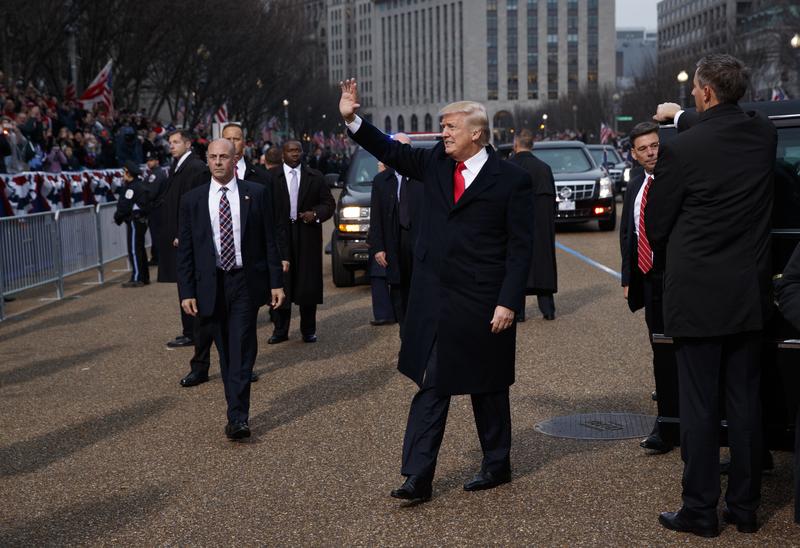 FILE PHOTO: President Donald Trump waves as he walks near the White House in the inaugural parade after being sworn in as the 45th President of the United States, Friday, Jan. 20, 2017, in Washington. REUTERS/Evan Vucci/Pool

WASHINGTON (Reuters) – The Trump administration and Congress still owe the District of Columbia government $7 million for expenses related to the 2017 presidential inauguration, the Washington Post reported on Friday, raising questions about who will foot the bill for the president’s planned July 4 speech at the Lincoln Memorial.

Citing city and federal financial records, the Washington Post reported that the DC government has had to dip into a special fund dedicated to city security costs to protect against terrorist threats and for hosting large demonstrations, foreign dignitary visits and other non-routine events.

That fund is usually replenished with federal money, but the Post reported that it is on track to fall short of funds this fall.

Concerns surrounding who pays for the presidential security in the nation’s capital have grown in recent weeks as President Donald Trump looks to use the annual July 4th festivities on the National Mall, which draws tens of thousands of spectators, to make a speech.

The D.C. government normally assists the National Park Service with July 4 security, which would need to be bolstered because of the president’s presence as well as a possible influx of protestors.

D.C. Mayor Muriel Bowser’s office did not immediately respond for comment but her chief of staff John Falcicchio told the Washington Post “all that we ask of our federal partners is continued cooperation and the resources to carry out these activities.”