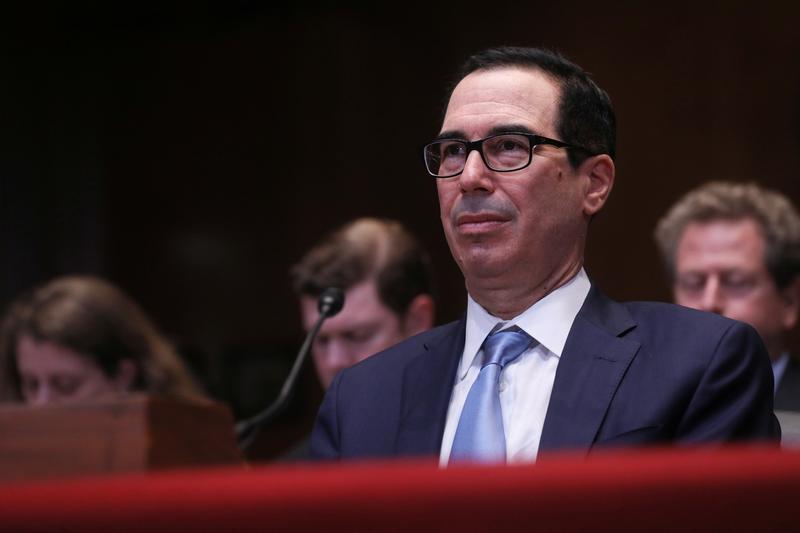 WASHINGTON (Reuters) – U.S. Treasury Secretary Steven Mnuchin did not violate the law by refusing to provide President Donald Trump’s tax returns to Congress because the confidentiality of returns is protected under the law, the Justice Department said in a legal opinion released on Friday.

Federal law “protecting confidentiality of tax returns prohibited the Department of the Treasury from complying with a request by the Chairman of the House Ways and Means Committee for the president’s tax returns,” a department official said in the opinion provided to the Treasury Department.

The memorandum from Assistant Attorney General Steven Engel, who heads the Office of Legal Counsel, supports the position already taken by the Treasury Department. It is likely to draw fire from Democrats in Congress who have argued the legal reasoning is misguided.

House Ways and Means Committee Chairman Richard Neal had issued a subpoena demanding the administration turn over six years of Trump’s returns. He has said he is likely to try to enforce the subpoena by going to court.

The administration has been refusing to cooperate with a number of congressional probes of Trump, his family and his presidency, with the fight over his tax returns just one example.

“While the Executive Branch should accord due deference and respect to congressional requests, Treasury was not obliged to accept the committee’s stated purpose without question, and based on all the facts and circumstances, we agreed that the committee lacked a legitimate legislative purpose for its request,” Engel wrote.

A spokesman for Neal had no immediate comment on the opinion.