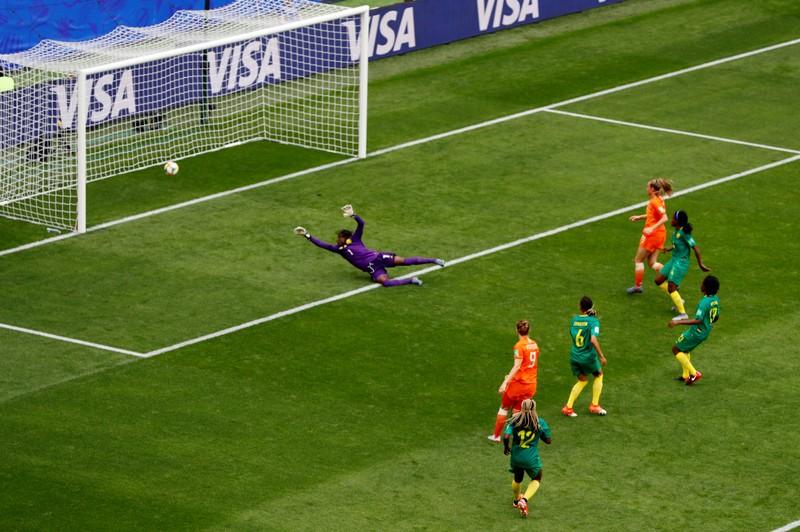 Playing the Netherlands for the first time in a competitive match, Cameroon adopted a cautious approach at Stade du Hainaut, with five players in the back line and another four in front of them for the majority of the game.

The tactics worked until a sweeping Dutch move in which Shanice van de Sanden’s inch-perfect cross found Arsenal forward Miedema, who powered home a thumping header at the back post.

Cameroon responded almost immediately as winger Gabrielle Aboudi Onguene timed her run perfectly to latch on to a long ball before beating goalkeeper Sari van Veenendaal for an easy finish.

Netherlands, who edged New Zealand in their opening match, were back on the front foot in the second half after a cleverly worked free kick allowed center back Dominique Bloodworth to score her first international goal from close range.

Cameroon substitute Henriette Akaba came close to an equalizer in the closing stages before Miedema scored her second to put the result beyond doubt.

It was Miedema’s 60th goal for the Netherlands as she surged past former striker Manon Melis to become their all-time top scorer.