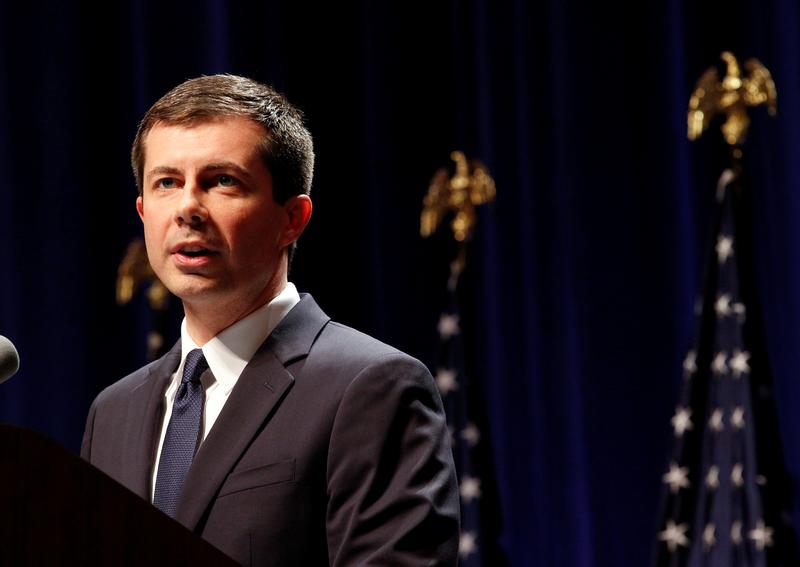 CHARLESTON, S.C. (Reuters) – Four of the two dozen Democrats vying for their party’s 2020 U.S. presidential nomination appeared at a Black Economic Alliance forum in Charleston, South Carolina, on Saturday, with an eye on the key role black voters will play in the early-voting state.

South Carolina will host the fourth nominating contest next year, after Iowa, New Hampshire and Nevada, and it is the first state where a significant proportion of the Democratic electorate – about 60 percent – is black.

The candidates want to show their messages resonate with black voters in South Carolina, potentially portending success in subsequent nominating contests across the U.S. South.

They also want to prove they can generate enthusiasm among black voters for their candidacies in the November general election against President Donald Trump, the presumed Republican nominee. Democrat Hillary Clinton’s stunning loss to Trump in 2016 was in part attributed to a decline in black voter turnout for the first time in 20 years.

At the forum, O’Rourke called for increased access to capital for minority business owners and expunging the arrest records for those with marijuana convictions, which disproportionately affects communities of color. Warren discussed her recent proposal for a $7 billion fund to launch 100,000 minority-owned businesses.

Buttigieg said the percentage of government contracts going to minority-run businesses should be increased. Booker said improving economic opportunities for minorities required investments in a variety of areas, and touted his “baby bonds” plan to close the racial wealth gap.

“We need to plant lots of seeds in our democracy to create the kind of harvest we need,” Booker said.

The Black Economic Alliance was started last year ahead of the 2018 midterm congressional elections, when it endorsed 26 candidates in House of Representatives, Senate and gubernatorial races.

The alliance has pivoted to policy development and decided to host its forum early in the 2020 election cycle in order to help set the agenda, Akunna Cook, a founding director of the organization, told Reuters.

“Black voters are really hungry for candidates who will put forward concrete plans for these issues,” she said. “We wanted to make sure we were able to help mold and shape the conversation.”

Warren, addressing the finding on achieving the American dream, said, “Yes, I think it’s really, really tough and I think if we don’t acknowledge that head on we can’t diagnose what’s wrong,” Warren said.

The survey showed black adults were most enthusiastic about the candidacy of former Vice President Joe Biden, followed by U.S. Senators Bernie Sanders and Kamala Harris. None of the three attended Saturday’s forum but they recorded video messages for the event.

The focus of the 2020 race will remain on South Carolina next weekend when Representative Jim Clyburn hosts his annual fish fry in Columbia, the state capital. It is South Carolina’s first “cattle call,” with 22 Democratic candidates scheduled to attend. It will be followed by forums hosted by the state Democratic Party and Planned Parenthood Action Fund, which are also expected to draw large fields of candidates.