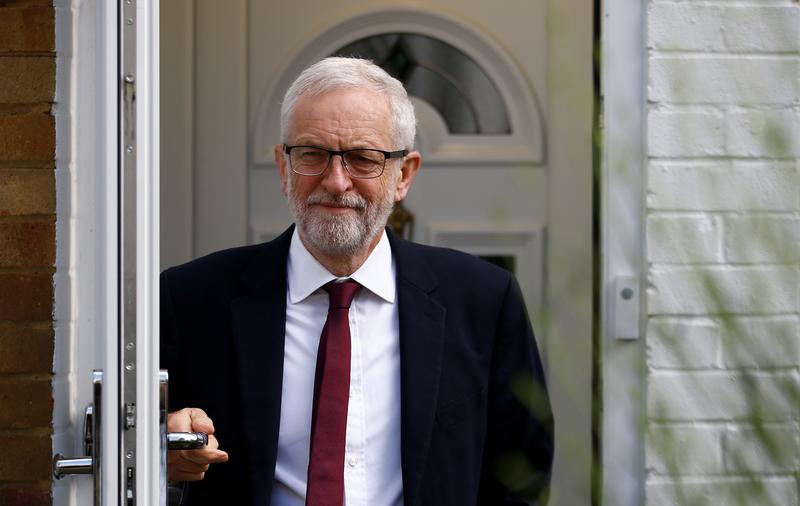 LONDON (Reuters) – The leader of Britain’s main opposition party has questioned whether the government had evidence to back up its accusations that Iran was behind attacks on oil tankers in the entrance to the Gulf, and warned against escalating tensions.

Britain on Friday joined the United States in blaming Iran for attacks on two tankers, raising fears of a broader military confrontation in a vital passageway for the world’s oil industry.

Iran has denied any involvement.

“Without credible evidence about the tanker attacks, the government’s rhetoric will only increase the threat of war,” Labour leader Jeremy Corbyn wrote on Twitter late on Friday.

“Britain should act to ease tensions in the Gulf, not fuel a military escalation that began with US withdrawal from the Iran nuclear agreement,” he added,” he said, referring to Washington’s withdrawal from a 2015 pact to curb Tehran’s nuclear plans.

British foreign minister Jeremy Hunt, who is one of the leading candidates to succeed British Prime Minister Theresa May after she announced she would step down, described Corbyn’s comments as “pathetic and predictable”.

“Why can he never bring himself to back British allies, British intelligence or British interests?,” Hunt said.

On Friday, the United States released video footage they say shows Iranian special forces removing an unexploded mine from one of the tankers.

Dominic Raab, another candidate to be the next Conservative leader, said Corbyn’s comments show he is unfit to lead Britain.

“Corbyn allows his anti-American prejudice to skew his moral compass and political judgment,” he said.

Corbyn last year was criticised by opponents and lawmakers in his own party after he questioned the government’s decision to blame Russia for a nerve toxin attack on a former double agent in England.